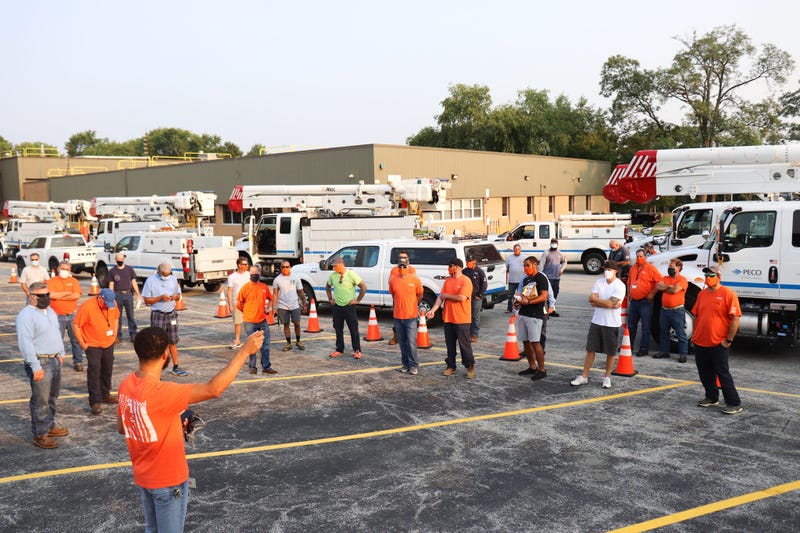 Levine said they're now returning the favor by sending power restoration crews to Texas for the next two weeks.

“We want to make sure we can support them as much as we can with their power restoration, especially hospitals and critical care facilities that really need their electricity,” she said.

Jonathan Frissora is part of a 40-person team helping in Orange, Texas and said they have a lot of work ahead of them.

“There's just wires down all over the place, broken poles, cross arms down, transformers on the floor. It's a significant amount of damage to the utility electric infrastructure,” he said.

The group will be spending the next two weeks in Texas.

Frissora has gone to other national disaster areas across the country to help out before.

“It's a great feeling being able to have the ability to go out and lead a team into areas to assist other folks,” he said.

LeVine said they are also working to help communities in Louisiana that were hit by the hurricane, which has caused millions of dollars in damage.

“We sent a management contingent to help them get the power restored,” she said.