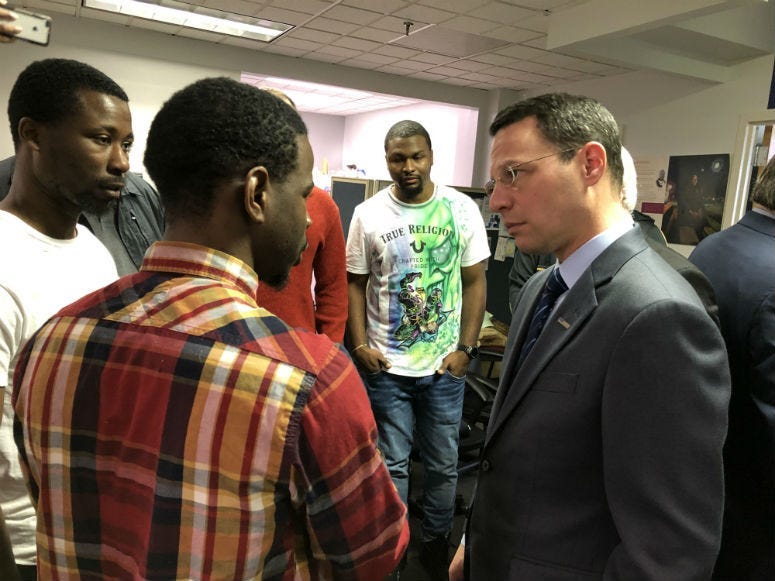 PHILADELPHIA (KYW Newsradio) — About two out of every 3 people who spend time in jail find themselves back behind bars eventually. Officials in Pennsylvania are beefing up the re-entry council in an effort to working to reduce that rate.

At Mothers in Charge, people recently released from prison are given the assistance and information needed to reintegrate into society.

Attorney General Josh Shapiro decided to deliver his remarks here because he says the state needs more places like this.

"We know that these programs work to reduce recidivism in the counties where they're operating. So we've got to scale that up all across the commonwealth and we've got to break down the barriers of re-entry," he said.

One of the barriers is simply having a drivers license.

Thanks to a partnership with the Pennsylvania Department of Transportation, prisoners will now receive a license or state ID upon release.

Valerie Todd says she had no family and no support when she got out. All she wanted was a chance at success.

"As we know, things don't just magically fall out of the sky for you because you got out of prison. So, I say 'time' stands for Things I Must Earn," she said.

And Mothers In Charge helped guide her.

A new program from the housing finance agency is working to rehabilitate boarded up properties for use as transitional housing, and other groups are helping with career and technical training to create employment opportunities.