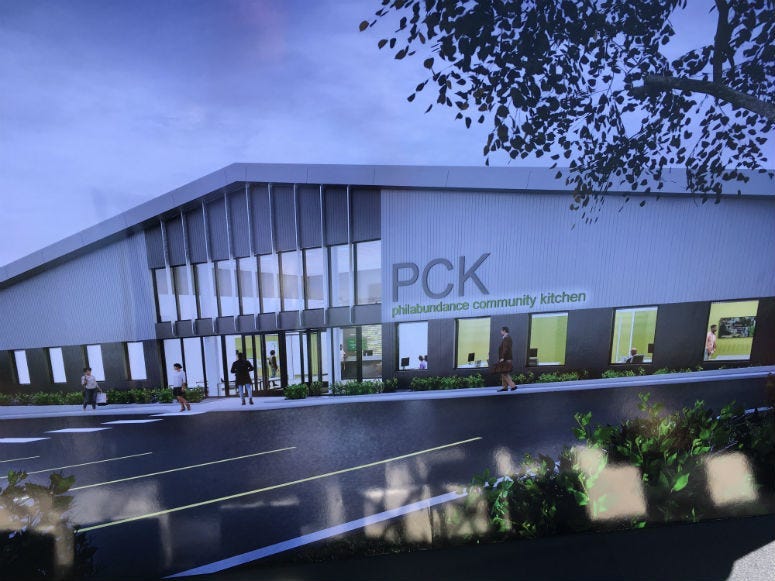 PHILADELPHIA (KYW Newsradio) — Construction is underway on a new, larger facility for a job training program run by Philabundance.

Jose Vargas of Olney was forced into a career change in 2003 when he broke his arm and couldn't work as a delivery driver.

"I had to reevaluate my whole career as a result of the injury. And the cooking program just kind of fell right on my lap at the opportune time," Vargas said.

Ready to break ground: Dignitaries and grads gather in North Phila for ceremonial start of construction on a new facility for the @Philabundance Community Kitchen. pic.twitter.com/WYjBkrs8hk

He was introduced to the Philabundance Community Kitchen where he was taught the basics of cooking and kitchen operations. Now he works as a program coordinator for Philabundance.

The Community Kitchen program has been around for 19 years, teaching kitchen skills and life skills to people who are low-income or have no income at all. Many are re-entering the work world after being incarcerated.

The program is currently housed in a city shelter on North Woodstock Street. With a ceremonial turn of the shovel in a vacant lot on 10th Street near Susquehanna Avenue, work began on a new $7 million facility, says Philabundance chief impact officer Melanie Cataldi.

It's official. Construction begins on $7M facility for the @Philabundance Community Kitchen in N Phila. pic.twitter.com/QAILO0zKrD

Cataldi says when the facility opens early next year, the program should teach twice as many - up to 200 students a year.