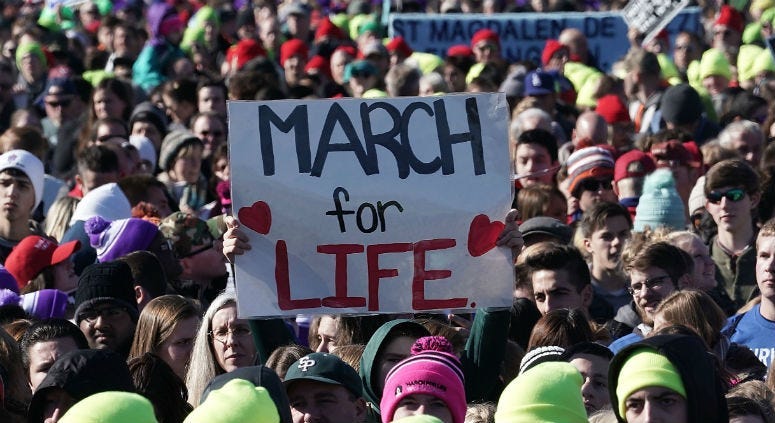 PHILADELPHIA (KYW Newsradio) -- Hundreds of high school students from throughout the Archdiocese of Philadelphia are preparing to converge on Washington D.C. with thousands of others for the March for Life Rally on Friday, Jan. 18.

Steven Bozza, director of the archdiocesan office for life and family, is in charge of organizing the pilgrimage to the rally marking the anniversary of the Supreme Court decision legalizing abortion in the United States.

Bozza says there's a deep commitment among young people to the pro-life message.

"People always remark about the amount of young people that are attracted to the pro-life movement," Bozza said. "Why is that so? Well, it's so because these young people that are in grade school or in high school, mom is pregnant maybe with a brother or a sister. And, what do they have on the magnet on their refrigerator? The child."

That would be the ultrasound image of what's growing in the mother's womb.

Bozza says he's expecting some 3,500 people of all ages and from all walks of life to take part in the rally from the Philadelphia area.

Buses are leaving for Washington from a variety of locations across the Delaware Valley Friday morning.

He says the archdiocese contingent plans to meet Friday morning on the National Mall at the American History Museum and march under the archdiocese banner carried by seminarians from St. Charles Borromeo Seminary.