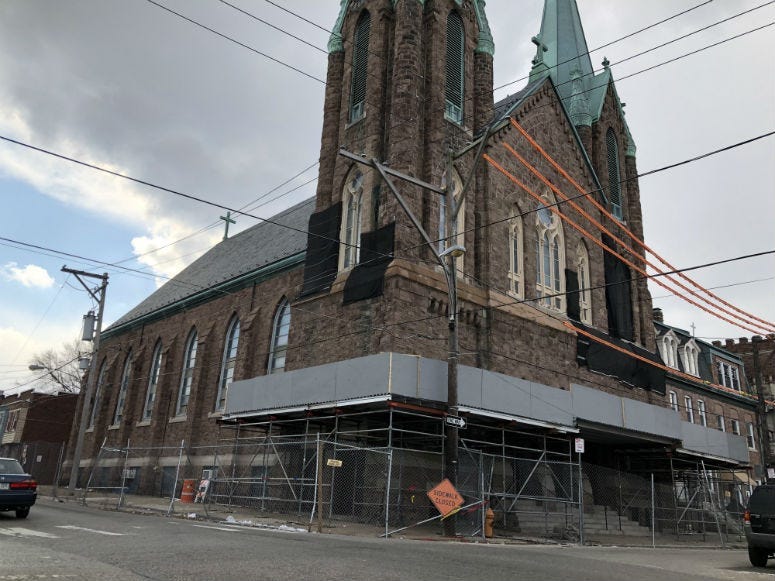 PHILADELPHIA (KYW Newsradio) — Philadelphia City Council Thursday could decide the fate of a historic church in Fishtown, and neighbors have some ideas about what they'd like to see happen.

Steel fencing surrounds St. Laurentius Church at Memphis and Berks streets. This week, L&I said the building was "failing at an accelerating rate" and might need to be demolished soon. A developer wants to turn the site into apartments and is awaiting city approval.

Most people want to see it get new life. Dan, who grew up in the area, says it's a shame the church is falling apart, but it's time to move on.

"It's no longer a church. It can never be a church again. So take it down," he said.

He says the plan to turn it into 23 apartments isn't popular in the neighborhood because parking is already terrible.

"Take it down, put up the nine homes with a garage," he told KYW Newsradio.

READ: In wake of Vatican summit, Villanova professor believes Catholic Church is on path to reform

Carolyn Devine of Faithful Laurentians, a group that's been fighting to save the church, said they always wanted something better than apartments.

"We have been harassed, threatened, and bullied for five years," she said. "We never thought that this would be a church again. We wanted something better. Not apartments next to a school."

The building will get 3D laser scans every six months to monitor the deterioration.