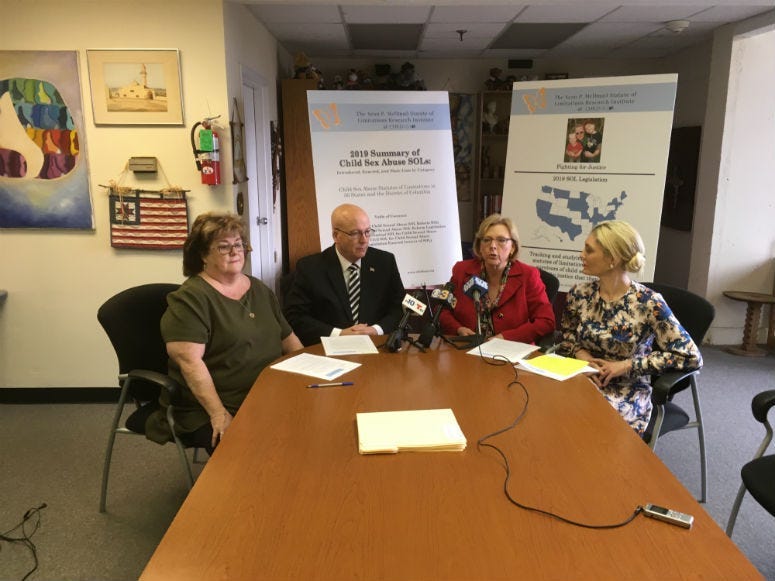 PHILADELPHIA (KYW Newsradio) — The parents of a man who won what may be the largest payout to date from the Archdiocese of Philadelphia in a clergy abuse case are donating a chunk of it to CHILD USA to track the Statute of Limitations reform movement.

University of Pennsylvania Law School professor Marci Hamilton, a nationally-recognized advocate for survivors of clergy sex abuse, believes that 26-year-old Sean McIlmail, a former student in a northeast parish, died of a heroin overdose in 2013 because he was unable to cope.

"He was under tremendous pressure, because he was the only victim who could go after a prosecution of a priest," Hamilton said.

She says that was due to Pennsylvania's exceedingly short limit to file a lawsuit. He was about to testify against a now-defrocked priest, Robert Brennan.

READ: Priest on administrative leave after report of sexual abuse of minor

"Over half of the states this year have already introduced legislation to expand or eliminate the criminal and civil statutes of limitations. That's a record," she said.

Sean's father, Michael, a former Philadelphia police officer, recalls the church approaching the family to donate part of their settlement to the church to deal with abusive priests. They decided instead, to give it to Hamilton's CHILD USA.

He also has a view on why the church is paying for compensation funds to voluntarily settle credible allegations.

"They're trying to get out in front of the problem. They're literally going to give pennies on the dollar. They know it's coming, it's inevitable. Thanks to the work of Marci. This has been going on for 2000 years," he said.

He says the church's secret archives in Rome contain those details.

The majority of victims linked to the findings of the Pennsylvania grand jury report are timed out of the legal system, because the statute of limitations have expired for them. The grand jury found 300 "predator priests" across the Commonwealth had molested more than 1,000 children over 70 years.

Hamilton says while voluntary compensation funds are "valuable for survivors who have immediate needs, the compensation is not what they'd get through a lawsuit."

"For those survivors who have the strength to get through the system and are determined to unveil the secrets, the window is going to be the better path for them," she said.

In California, where there was a brief one-year "window" into the legal system for claims that had been shut down, Hamilton recalls the average payout was about $1.4 million. Samplings from some of the voluntary settlements are said to be in the $100,000 to $300,000 range. Hamilton says extending the statute of limitations for prosecuting child molesters ensures that they "don't get shut out of justice."