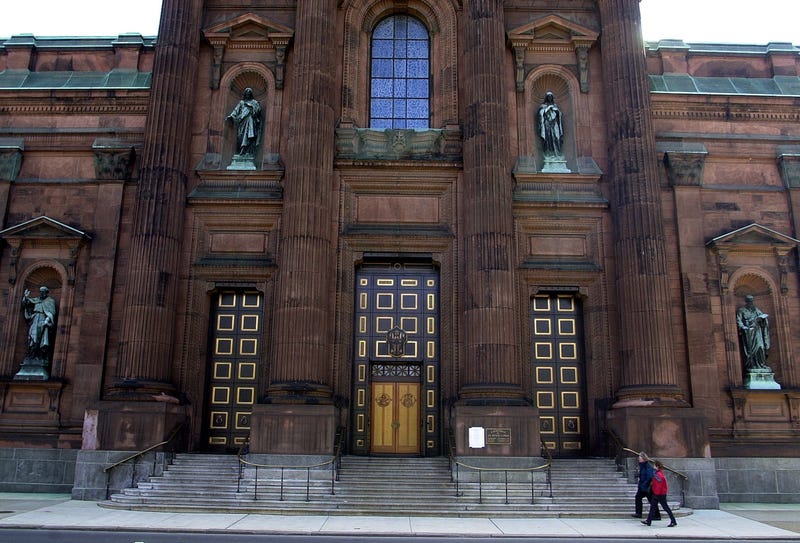 PHILADELPHIA (KYW Newsradio) — The Archdiocese of Philadelphia has placed a longtime priest on administrative leave following an allegation of sexual abuse that surfaced last month.

Rev. Steven Marinucci is accused of sexually abusing a child in the late 1970s.

The Archdiocese said the information was shared with parishioners at all Masses over the weekend at Saint Matthew Parish in Northeast Philadelphia, where Marinucci has served since 2010.

He has denied the allegation. Authorities are investigating.

After law enforcement finishes its work, the Archdiocese said there will be a required church investigation — called a canonical process — of Marinucci by the Archdiocesan Office of Investigations.

Last month, two Philadelphia-area priests were found to be "not suitable for ministry" after church officials investigated claims that they had sexually abused a minor in the 1980s. That same day, a third Roman Catholic priest, who was previously cleared of sexual abuse allegations in 2014, was put on administrative leave, following a new claim that he, too, sexually abused a minor in the early 1980s.

According to the church's Office of Investigations, there are a total of 178 allegations of sexual abuse of a minor by an Archdiocesan priest. It says that number contains instances where abuse was substantiated and unsubstantiated. Of that number, a total of eight incidents concern activity alleged to have occurred between 2001 and now.

The Justice Department is looking into all dioceses in Pennsylvania, following a statewide grand jury report that found credible evidence that some 300 "predator priests" abused more than 1,000 children in six dioceses since the mid-1940s. The Archdiocese of Philadelphia was not included in that scathing report, since it was the subject of an earlier grand jury investigation that became public in 2005.