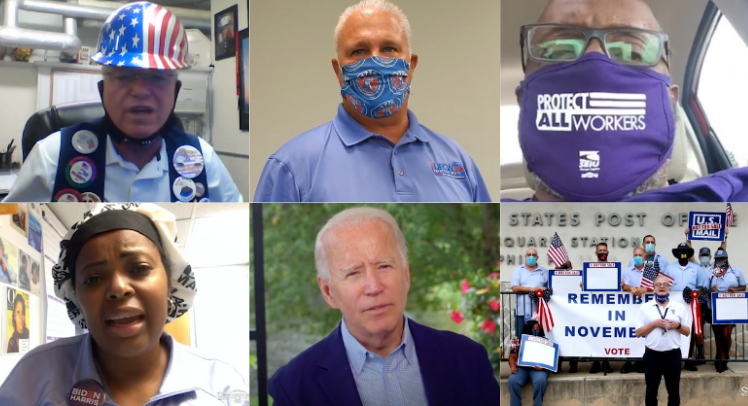 PHILADELPHIA (KYW Newsradio) — For more than 30 years, Labor Day in Philadelphia has featured a parade of union leaders, elected officials and thousands of rank-and-file members marching up Columbus Boulevard to a massive picnic at Penn’s Landing.

This year, of course, things are different.

The rousing sounds of a drumline were replaced with generic instrumental music backing greetings from a wide array of unions, all part of an online celebration this year.

“Our local union has seen more than 900 members affected, and sadly, seven of our members died from COVID-19,” he said in the video.

Campaigning politicians, who usually monopolize the opening speeches, were well-represented, including a cameo from Democratic presidential nominee Joe Biden.

“Wall Street didn’t build this country. Unions built it,” he said, “and the time has come to put power back into workers’ hands.

“If I have the honor of becoming your president, we are going to put the dignity of the worker at the center of this economy.”

Hundreds of people tuned in as the video premiered at what would normally be kick-off time for the parade.

The format created more opportunities for individual unions to deliver a message. This year would have been the first parade for the Philadelphia Musicians’ Union. Instead of marching, they played a march.

The postal workers and letter carriers were given a chunk of time to defend the institution they work for, which is widely seen as under attack by its own boss.

“Letter carriers promise you: Your vote will get to its destination on time,” said one worker.

While the speakers lamented the new format, some made an optimistic promise: “I’ll be back next year to march with all of you.”