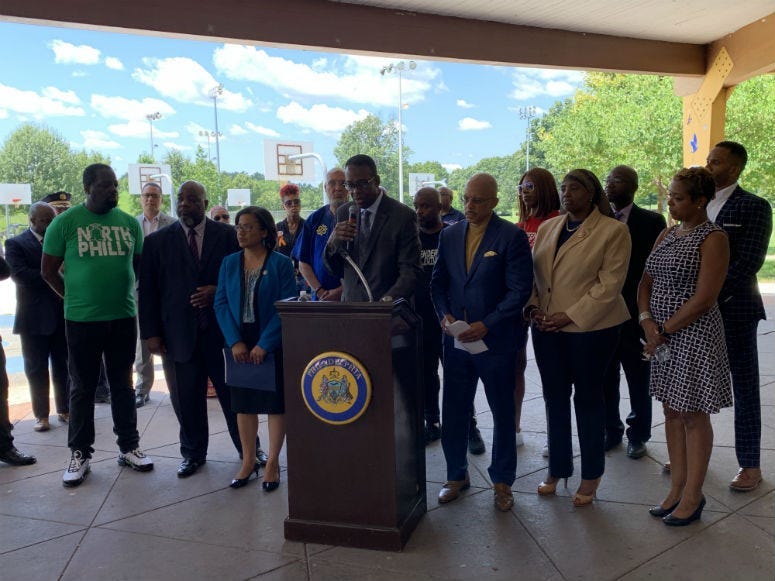 PHILADELPHIA (KYW Newsradio) — Philadelphia's City Council president says he'll take another crack at a bill that would prohibit guns at parks and recreation centers and this time, he's enlisted the help of state legislators.

City Council previously banned weapons at city facilities, one of the gun regulations that's never been enforced because the state has authority over gun laws. This time, though, local state legislators are lined up to introduce enabling legislation in Harrisburg.

State Sen. Vincent Hughes will co-sponsor a bill in the Senate, giving the city the power to ban guns at recreation facilities.

"The task is simple: protect these places for children," he said.

And state Rep. Movita Johnson-Harrell will co-sponsor a bill in the House.

"This legislation is so critical to Philadelphia," she said.

All the sponsors are Democrats, a minority in the legislature. But they say they're hopeful.

Council president Darrell Clarke says after two mass shootings at city playgrounds in a month, they have to try.

"I can't tell a child, 'well you know what, we're not going to try because the state and the NRA might push back.' So we're going to do what we need to do," Clarke said.