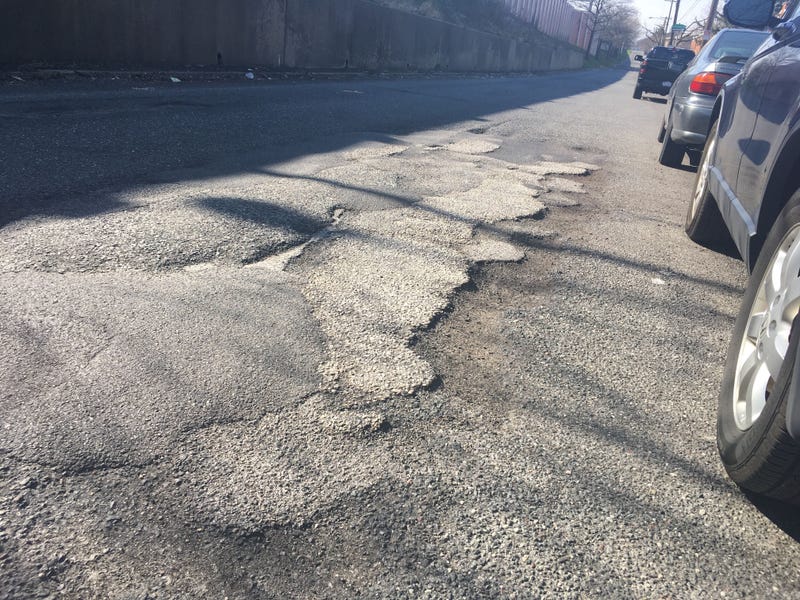 PHILADELPHIA (KYW Newsradio) — Potholes are everywhere, and road crews have been out trying to patch them up.

When it comes to certain street dents, it may be hard to believe there's anything good about them, but Steve Lorenz, chief engineer for the Philadelphia Streets Department, said circumstances aren't as bumpy as they were a year ago.

"There's still a lot of work to do, don't get me wrong," he said, "but things are a little bit better number-wise, data-wise."

According to a tally on the Streets Department's website, crews fixed more than 24,000 potholes since Jan. 1. By this point last year — January to mid-March — Lorenz said that number was around 35,000.

There are fewer potholes, he said, because of the work they've put in.

"One of the successes that we found was last year, we started having two paving crews working across the city. We're attacking the worst streets, repaving them and resurfacing them," he explained. "Weather permitting, we're working six days a week filling potholes, repairing ditches, cave-ins and other street defects."

But as drivers know, there are still plenty out there in the city, and Lorenz urged them to report potholes to 311.

"Whether it's at an intersection, in front of a property, or even if it's in front of your own house — as much information as you can give."

To join our community-wide discussion on potholes in and near Philadelphia, join KYW Newsradio's Facebook group, It's Always Pothole Season in Philadelphia.