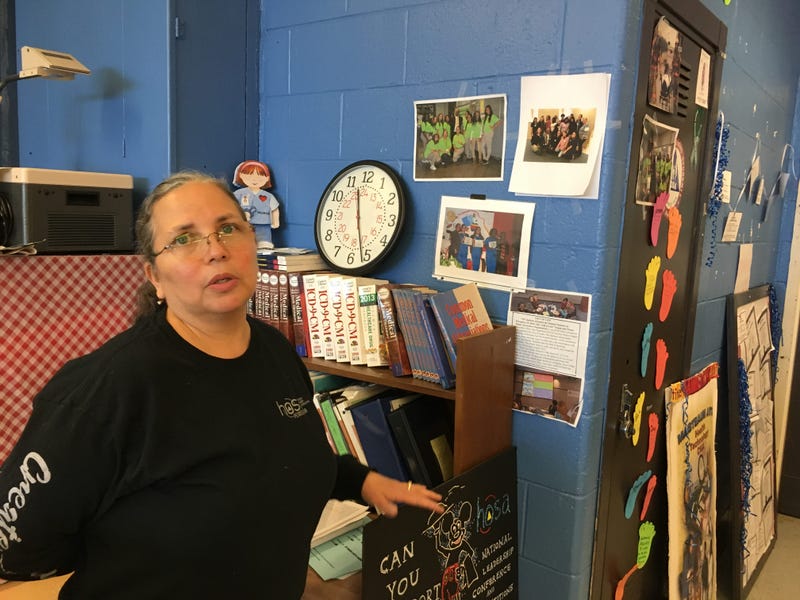 PHILADELPHIA (KYW Newsradio) -- A Philadelphia teacher is one of six nationwide to receive honors from the Kennedy Center.

This is the final year that Washington's Kennedy Center for the Performing Arts will present its Stephen Sondheim Inspirational Teacher Awards. The honor was created in 2010 in the name of the famed composer and lyricist, who credits teachers for sparking his success in life.

Olga Torres, a health information management teacher at Mastbaum Vocational High School in Kensington, is among six teachers in the nation honored with the 2019 Sondheim award.

"It's funny, because as a child I listened to that music," Torres said. "I was raised listening to his music and I never knew his interest in education, and then to be nominated for that and to receive that gift from him, it's humbling. It really makes me proud to be associated with his name."

Torres, a 24-year veteran at Mastbaum, was nominated by a former student who wrote, "Mrs. Torres taught me that I was worthy of a life." Another student, junior Ashley Maldonado, says Torres has helped her to overcome her social anxiety.

"She deserves it," Maldonado said. "People may not notice it, but she's around. She's everywhere. And personally, to me, she's the backbone of the school.

The Sondheim award comes with a $10,000 prize, which Torres is splitting with a student she says struggled through her education, but made it.