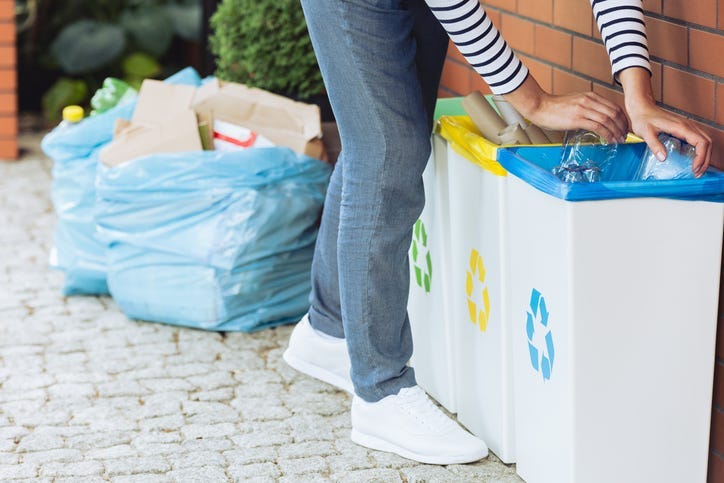 PHILADELPHIA (KYW Newsradio) — Philadelphia is close to signing a new contract for recycling services that will end the practice of incinerating at least half of what it picks up in curbside recycling, Streets Commissioner Carlton Williams told City Council at a budget hearing Wednesday.

Like other municipalities across the country, Philadelphia has been grappling with a sea change in the recycling market caused by strict new standards adopted last summer by China, which takes most of the world's recycling.

The change hit home in Philadelphia when its recycling contract expired in October and the contractor raised the price from $44 per ton to $170 per ton.

To stay within its budget while it looked for a new contractor, the city sent half the recycling it collected straight to the Covanta trash-to-steam plant in Chester and only recycled collections from the Northwest and Northeast that had the least contamination.

Williams says the city expects that to stop at the end of the month when the city begins contracting with Waste Management.

"Waste Management has a facility that will process all the material as recycling," he said.

The new rate will be $100 per ton, but the city can save money if it can convince residents to sort their recycling more carefully.

"When they get in old pizza boxes and plastic bags, that has to be taken out before they can process the material and actually sell it back on the market and that costs us," he said. "We actually get a reduction of $5 or $6 if we reduce the contamination level by certain percentages, so that's going to be our focus."

In addition to a public education campaign about proper recycling, Williams says the city also must encourage domestic recycling markets so it's not so dependent on China.

CORRECTION: In an earlier version of this story, Covanta was misspelled.