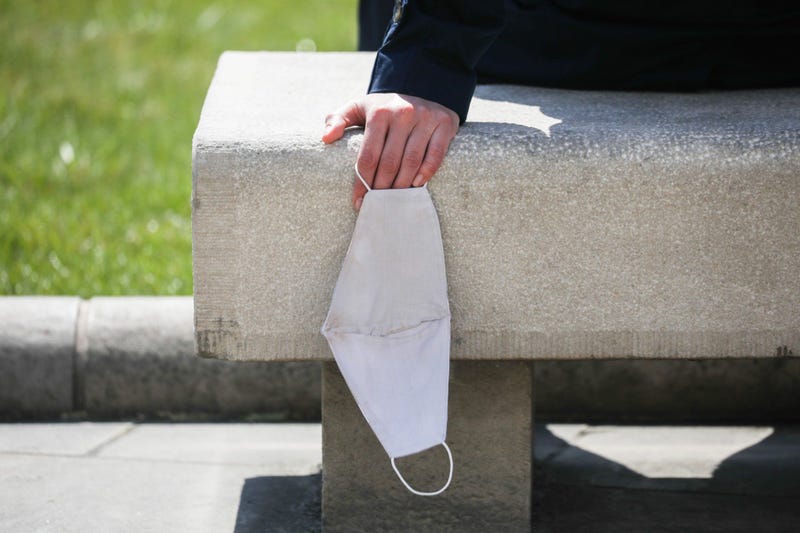 PHILADELPHIA (KYW Newsradio) — Philadelphians are required to wear face masks in indoor and outdoor public spaces, especially if they are less than 6 feet apart from others, according to a city mandate. Due to a potential second wave, the city may suspend its anticipated move to fully enter the “green” phase of reopening on July 3.

He announced 143 new cases on Friday. This week, new cases have averaged 100 per day, and the percentage of positive coronavirus tests is increasing.

“We're doing more testing, but that increased testing does not explain the increased case count,” he said, “because the percent positive is also increasing. It's now 5% to 6% — up from less than 5% 10 days ago.”

He warns of a second wave of the coronavirus if residents do not take precautions. The city issued the mandate to minimize the risk of spread from this new wave.

Infections have skyrocketed in other parts of the country, and Farley said that wave will “inevitably hit Philadelphia to some degree.”

“The first wave of the epidemic appears to be ending (in Philadelphia). At the same time, a second wave is beginning,” he said.

Farley said the city may not meet its specific target for a safe reopening — less than 80 new cases a day — on July 3 to enter the “green” phase. That target seemed doable, as cases were steadily falling and had gotten below 100 a day. But that has changed.

Some activities and businesses that were scheduled to resume Friday can still reopen — residential swim clubs, private pools, barbershops, nail salons. Businesses are required to enforce mask use in their establishments.

“We will reconsider the other ‘green’ phase activities that were tentatively scheduled to start next week,” he added.

Officials have been inspecting neighborhoods to see if residents are actually wearing masks in public areas. Among people leaving retail stores, 78% were wearing masks. In SEPTA stations, only 55%.

Officials also noticed a spike of cases among teens, ages 16 to 19, who may be contracting the virus through social gatherings. Children under the age of 8 are exempt from the mask mandate, but everyone is still urged to practice social distancing.

The mask mandate is required, but it will not be enforced by police. The city is also asking anyone who travels to spots with high infection rates to self-quarantine for 14 days when they return. Farley acknowledged it is unenforceable, but the consequences of ignoring these measures are more infections and indefinite closures.

“The purpose of this order is really to send a message to everyone, enable them to encourage others to wear masks,” Farley said. “In the end, it’s up to us as Philadelphians to self-enforce this order.

“If it works, we can reduce the spread of the infection. If it doesn't, we'll have more cases. It's as simple as that.”