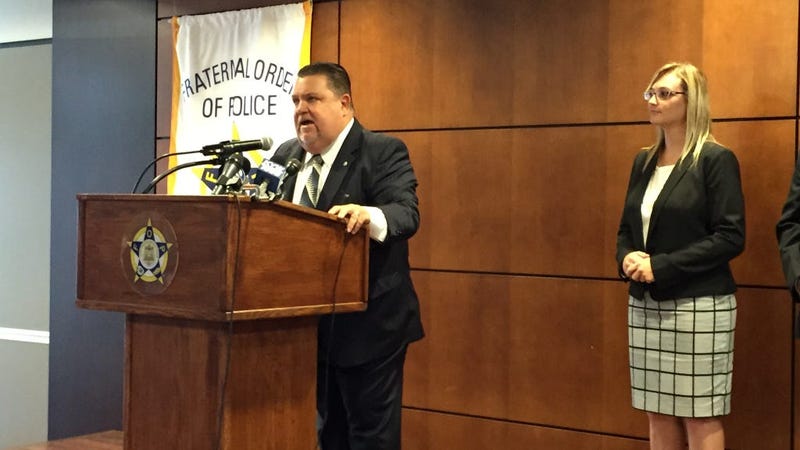 PHILADELPHIA (KYW Newsradio) — The leader of Philadelphia’s police union is both condemning the racist and violent Facebook posts allegedly made by city police officers, saying they should be closely examined, and supporting the cops being investigated.

"The bottom line is you can't be posting things that are truly vile and racist and promote hate. It doesn't work well when you're out trying to represent the community," says Philadelphia Fraternal Order of Police President John McNesby.

As top city officials and an outside law firm interview and examine the posts of at least 72 officers who were pulled from duty because of their alleged social media posts, McNesby says the union has been with them, hoping to salvage their jobs.

"It does put us in an awkward position because we have the fine line between person's right to speech and where they are as far as representing the city of Philadelphia and the community," he told KYW Newsradio.

The posts - mined and researched for more than a year by the Plain View Project - include calling certain groups "savages" or "animals." The worst call for violence against those people.

"Some of the other ones are just way overly broad and I don’t believe that there should be any discipline," McNesby said.

McNesby questions whether the investigation comes down to freedom of speech.

"People say racist Facebook posts, do we know they are racist? There may have been a few. A lot of this stuff though I think is just cops being cops and venting," he said.

But he concedes he hasn’t seen all the posts.

"I understand there was maybe five, six, seven individuals who were really, had some bad statements on there and bad posts, but I have not seen those," he said.

When pressed about whether the union can sometimes perpetuate a similar underlying tone, McNesby says no.

"There's negative in every profession. You don't see the good things," he said.

"You don't see the cops in the street at Thanksgiving handing out turkeys to the people that can't afford it. You don't see at Christmas time, not only the FOP, but the police, giving things away. There's never anybody out when we're out in Kensington handing out gloves and sweatshirts in the winter time, and food."

However, he said, all cops must remember that they represent the city.

"When you are a police officer, you're held to a higher standard. So, to be writing things on there, no matter what your personal feelings are, it doesn’t mix well with your occupation, so you have pick or choose," he said.