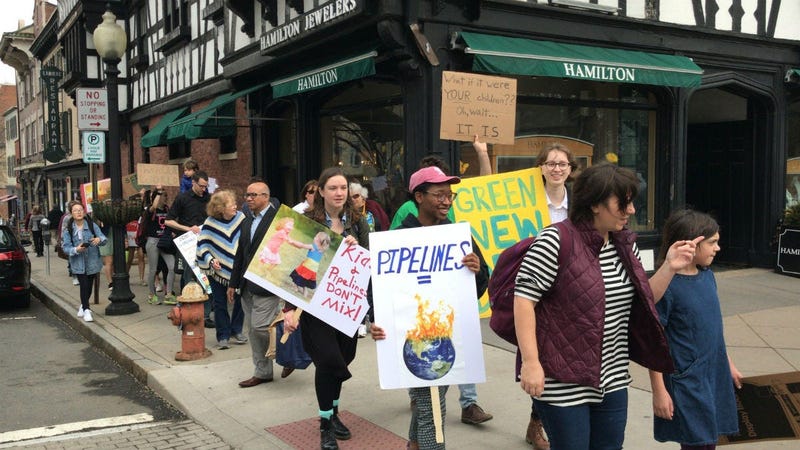 PHILADELPHIA (KYW Newsradio) — The Green New Deal, a progressive economic stimulus proposal, has sparked a lot of conversation and controversy since its introduction in early February. But reaction from members of Congress in the Philadelphia region is mixed.

Most say the Green New Deal is too wide-ranging to result in real change. And some, such as U.S. Rep. Jeff Van Drew from South Jersey, are opposed because it's a non-binding resolution.

"While it may be well intentioned, and certainly climate change is something we all have to be concerned about, I think it is such a radical alteration of society as we know it in the United States of America, and even globally, that I think it's too much, too fast," Van Drew said.

In addition to pushing for 100-percent renewable, zero-emissions energy, the proposal also calls for guaranteeing jobs that can support families, including full health care, paid vacations and retirement security.

Congressman Brendan Boyle, D-Philadelphia, says the time is ripe for the Green New Deal. He is one of 90 co-sponsors of the measure.

"It does set a series of very ambitious goals," he said, "more than anything, to attempt to start us on the path of combating this problem."

He says, just because the effects of climate change will be more apparent down the road, doesn't mean we shouldn't address it now.

"It obscures the fact that if we are really going to prevent this from happening, we have to start right now," Boyle said. "We are seeing climate change today. 2018 was one of the most expensive years for dealing with insurance costs and rebuild costs of weather-affected disasters."