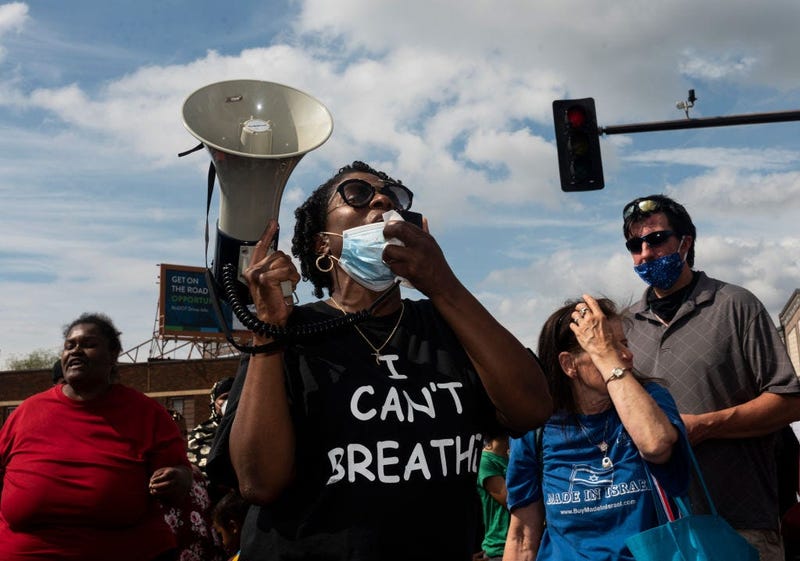 PHILADELPHIA (KYW Newsradio) — Top police brass in the Delaware Valley are outraged at the death of George Floyd, the Minneapolis man killed after being kneed in the throat by a city police officer. They say this is not part of any tactical training and erodes trust in police.

“There is absolutely no excuse for what happened,” said former Philadelphia Police Commissioner Charles Ramsey, who is now a CNN analyst.

He told network anchors charges should be filed.

“There should be something there for some charges, maybe not homicide charges because until you know the manner and cause of death, that would not be a charge you can place at this time. However, there are charges that could be placed,” Ramsey said.

Ramsey was head of former President Barack Obama’s task force on police reform, and said every officer in the country should take note.

“That kind of behavior or anything even remotely like it cannot be tolerated, they don’t deserve the right to wear the badge of a police officer,” he said.

In a statement, Philadelphia Police Commissioner Danielle Outlaw said she knows those in law enforcement “who work earnestly to serve all communities with fairness and sincerity, have grown weary of our efforts being stained by the actions of those who commit these inhumane acts.”

Late Tuesday night, as protesters and fires raged throughout Minneapolis, Outlaw said the impact is being felt across the nation, particularly in black and brown communities.

"Communities of color are tired of reliving atrocities such as this over and over again," she said, "They are sick and tired of being sick and tired."

She said that officers who try to do the right thing have "grown weary of our efforts being stained by the actions of those who commit these inhumane acts."  Speaking as a mother, she said her sons and the children of other police officers fear for their lives because of the unjustified fear others have of them.

She said she “applauds” Minneapolis Police Chief Medaria Arradondo’s “swift” response and that he has sent a clear message that “this type of conduct, including by those who turn a blind eye, will not be tolerated in his ranks.”

Abington Police Chief Patrick Malloy said his offers were sickened by the use of force they saw on video, and said it's not part of any police training anywhere in the country.

“Clearly (Floyd) was suffering from not being able to breathe and immediately, when a prisoner or somebody in custody asks for help, we have the duty to render aid, and to do that immediately. And it would have been simple enough just to sit him up,” Malloy said.

"The No. 1 priority is to protect life, and you can see clearly in this case there was no effort at all to protect or preserve the life of this individual."

He added the fellow officers are just as culpable.

“They had the duty to either pull that officer off or de-escalate that situation,” Malloy said.

Malloy said his officers and others around the country he spoke with are incensed.

“When we have incidents like this, it can tear communities apart. It doesn’t matter where it is: if it happens in California, it can impact Abington Township, because everybody feels that pain, especially members of our minority community,” he said.

In Camden, police chief Joseph Wysocki told reporters he was “shocked” by the video of Floyd and that Camden officers are being reminded about the police department’s policy on use of force.

He said officers are trained to value everyone’s life and that police are “guardians of this city, not warriors,” and said the city’s policy, which was changed last year, is now a national model.

Coffina said police are committed to ensuring that officers “provide fair treatment and justice to all our residents.”

Speaking at his daily coronavirus briefing in Trenton, New Jersey Gov. Phil Murphy said the “centuries-old stain of systemic racism is far from being erased from the fabric of this country” and that most law enforcement officers operate within the law.

He said what’s happening in Minneapolis is “almost too painful to watch” because it’s happened too often across the country, and that Floyd should be alive today because “all are created equal.”

Murphy told reporters that the country must “dig a deeper well of accountability and responsibility” to address racial concerns going forward.

He said New Jersey has done that with changes in state law and police policies to make the state a leader on those fronts.

Murphy called on all people to band together to “let us be a part of the solution.”