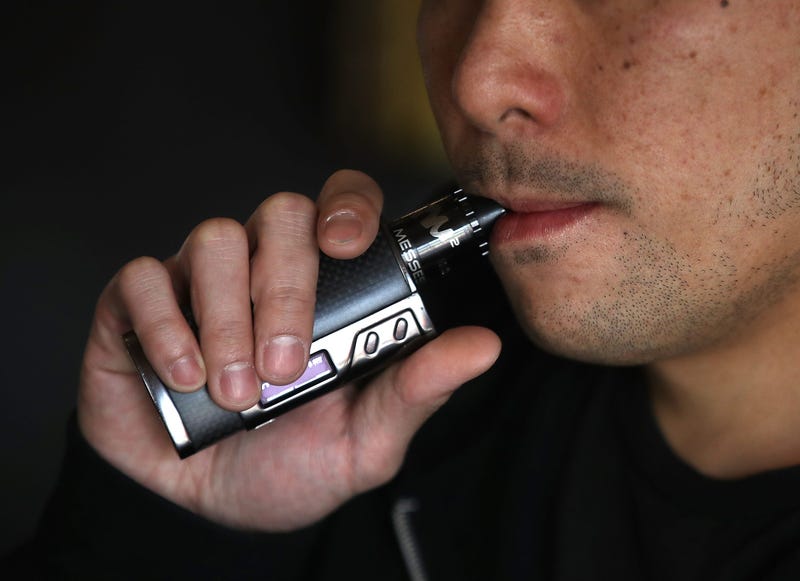 PHILADELPHIA (KYW Newsradio) — The recent spike in illnesses and deaths related to vaping has led The Food and Drug Administration to issue a warning to smokers to stop using vaping products that contain THC.

At least 18 people across the country have died from vaping-related lung injuries, according to the Centers for Disease Control and Prevention. Most of those patients have a history of using products containing THC, which is part of the reason why government officials have expanded their vaping warning to THC products.

She says she's not worried about the guideline.

"The vaping products that I get, they have never hurt me," she said.

The warning is for both legal and illegal THC products. But Peterson, a Philadelphia resident, says she is going to continue using her legal products.

"If you get it from a legit place, you're probably not going to have those problems," she said.

Mark Davis is another medical marijuana user who says he's not giving a second thought to the government's warning.

"I would not stop people from using THC carts, only for the simple fact that I haven't seen anything in my experience over the years of using legalized THC carts that anything bad happened," he said.

The CDC says, as of Oct. 1, they've been notified of more than 1,000 lung injury cases related to e-cigarette, or vaping, products.

Davis says that's not swaying him on his stance.

"They would have to show me at least one case where a legalized marijuana cart led to someone's health problem," he said. "I would also need to see the proof that they didn't use illegal carts prior to using the legalized cart."

The CDC says the latest national and regional findings suggest products containing THC are playing a role in the outbreak of vaping related illnesses.

The FDA says they currently do not have enough data to identify the exact cause, or causes, of lung injuries in these vaping cases.