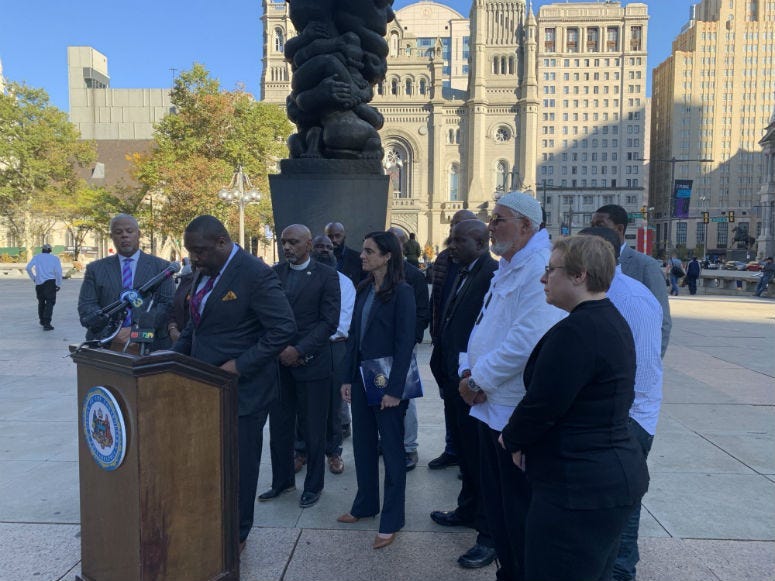 PHILADELPHIA (KYW Newsradio) — The human cost of Philadelphia's violent crime problem has been incalculable, but City Controller Rebecca Rhynhart released a report Wednesday attempting to measure the cost in dollars and cents.

"It's upsetting to everyone, it has to be, who lives in the city, and I wanted to do something," she said at a briefing in her office. "As city controller, my job is to look at things that impact the city finances, so that's where the idea came from, to look at the economic impact of gun violence in Philadelphia."

Her unconventional approach returned what many would find an unsurprising conclusion: Violence costs the city millions of dollars in tax revenue, lost to property values that go down in the vicinity of homicides.

Rhynhart says she wanted to advance a 2012 study by the Center for American Progress that found the largest economic gain from reducing violent crime in cities was the gain in housing value (rather than savings on public safety and criminal justice).

Rhynhart says her office used a complex, peer-reviewed formula to establish that one homicide decreases housing values in the vicinity by 2.3 percent. Using that figure, she extrapolated the revenue from a 10 percent reduction in homicides would be $114 million over five years.

Rhynhart goes beyond the economic realm in the report to recommend three programs that have proved successful in reducing violence in other cities, suggesting that spending $11 million on the programs would bring about that ten percent reduction in homicides and thus more than pay for itself.

The primary strategy she recommends is Focused Deterrence, which the city employed from 2013 to 2017.

Focused Deterrence is a widely used approach that balances the threat of swift, severe and certain punishment with social services and opportunities for employment and training. A Temple University study found the strategy resulted in a 35 percent reduction in shootings in the city. The homicide rate decreased from 331 in 2012 to 246 in 2013 and stayed roughly in that range for four years.

In 2018, when District Attorney Larry Krasner took office, one of his first actions was to fire the head of the Focused Deterrence unit. He never replaced her and the program was abandoned. The number of homicides that year, 353, was the highest since 2007.

"The combination of negative unintended consequences and the lack of sufficient, sustained investment meant that city leaders needed to begin working toward a more effective group violence prevention program," she wrote in an email.

The Kenney administration has already announced it's working to restart Focused Deterrence. It also has committed $31 million over the next five years to its own anti-violence plan, Roadmap to Safer Communities.

Managing director Brian Abernathy, who's overseeing that plan, says he appreciates the controller's concern but questions applying a financial lens to the problem.

"Our efforts to stem gun violence will be relentless, and we will never lose sight that lives — not just dollars — are at stake," he said in an emailed statement. "We are keenly focused on the human and societal impact."

Abernathy said the administration is both aware that the city's economic future depends on solving the problem and is working on solutions.  "The Office of Violence Prevention is actively on the ground in the communities most at risk of gun violence," he said, citing an increase in the number of Community Crisis Intervention teams there during hours when crime is most prevalent.

He also says those communities "are prioritized as part of the Philadelphia Police Department’s Violent Crime Reduction Strategy 'Operation Pinpoint,' which provides eyes and ears-to-the-ground surveillance, allowing police to track and possibly preempt threats wherever possible, while better assisting City services in connecting with those most vulnerable."

Rhynhart says she realizes the human impact is much more important but she hopes that, by demonstrating that ending violent crime is not only the moral imperative but financially sound, she can rally support for spending on it among those who might not be directly affected.

"Urban violence, I mean honestly, sometimes isn't met with the same feeling across the entire city of, 'oh my God, we must take action right now,' and it needs to be," she said.