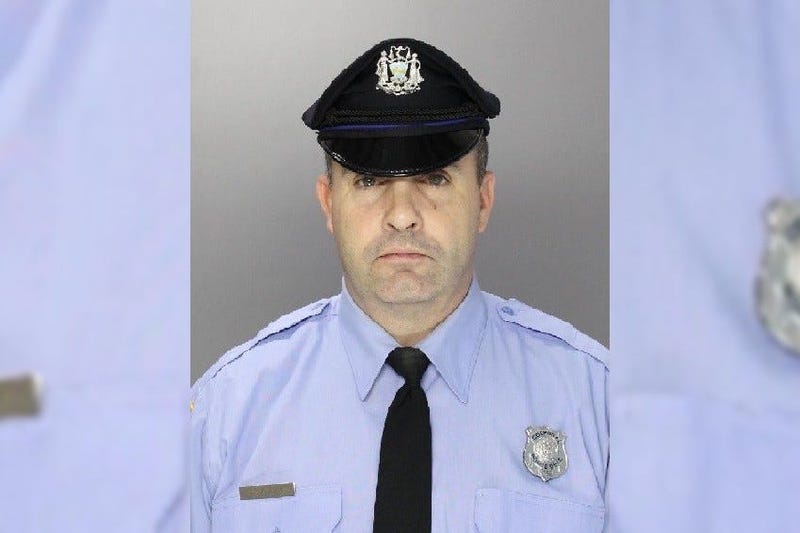 PHILADELPHIA (KYW Newsradio) — Philadelphia police have taken two men into custody at the center of the shooting death of Cpl. James O'Connor early Friday morning. O’Connor was serving a warrant with a SWAT team at a home on Bridge Street near Bustleton Avenue in the Frankford section of the city when he was shot through a closed door. 21-year-old Hassan Elliott is being questioned by homicide detectives.

"Officers entered the property and were met by gun fire through a closed door on the second floor," Police Commissioner Danielle Outlaw said Friday morning.

O'Connor was struck near his left shoulder blade, above his bulletproof gear. Another SWAT officer shot back through the door, hitting two men, Outlaw said.

Huge police presence at the Temple ER. A cop was shot near Bridge & Frankford this morning. Commissioner Outlaw is here and we are waiting for an update on the officers condition pic.twitter.com/1dvaXjAWw7

The two men who were shot were taken to the hospital, one to Einstein Medial Center and the other to Jefferson University Hospital, in stable condition, Outlaw said.

Both were arrested with Elliott, a fugitive wanted in a robbery and slaying last year not far from the scene, District Attorney Larry Krasner's office said.

Elliott was not among those injured, Outlaw said.

Krasner's spokeswoman, Jane Roh, said more than one person inside the house had a gun. More charges are expected Friday as investigators determine "which bullet came from which person," she said.

"We expect to bring charges for the March 2019 murder and additional charges following today’s incident shortly," Krasner said in a statement.

Elliott had been paroled in 2018 after serving about a year on a felony gun possession charge. And after testing positive for drugs, court records show, he was re-arrested for a probation violation.

In April 2019, a month after the fatal robbery, a bench warrant was issued. According to Roh, it took police some time to locate him before Friday's attempt to arrest him on the warrant.

Elliott also had a January 2019 arrest for drugs, but the case was dropped after Elliott failed to appear in court.

Kenney issued a statement on Friday about O'Connor's death, saying he was grief-stricken.

"Today, like every day, he demonstrated the ultimate form of heroism: putting on his uniform, leaving his family and carrying out his sworn duty to protect the residents of this city," he said.

Fraternal Order of Police Lodge No. 5 President John McNesby said O'Connor came from a family line of dedicated officers."It's with a heavy heart that we salute and honore the sacrifice of our fallen hero, SWAT Corporal James O'Connor. Our deepest condolences are with his family and our members all across the city," he said in a Friday morning statement.

The body of Corporal James O’Connor is taken away from Temple Hospital. An extraordinarily heart breaking moment here. pic.twitter.com/WwHC2ATU4D

Outlaw said O'Connor, 46, was married. His son is a Sixth District officer, and his daughter is in the Air Force.

A 15-year SWAT team officer, with 23 years of experience, O’Connor is the first officer to be killed in the line of duty in Philadelphia in five years.

In memory of the fallen officer, the all City of Philadelphia flags will be flown at half-staff for 30 days. Funeral arrangements are pending.

O'Connor has also donated his organs to the Gift of Life program.

Updated to note Elliott is being questioned by detectives.
KYW Newsradio's Mike Dougherty and Kristen Johanson, and the Associated Press, contributed to this report.