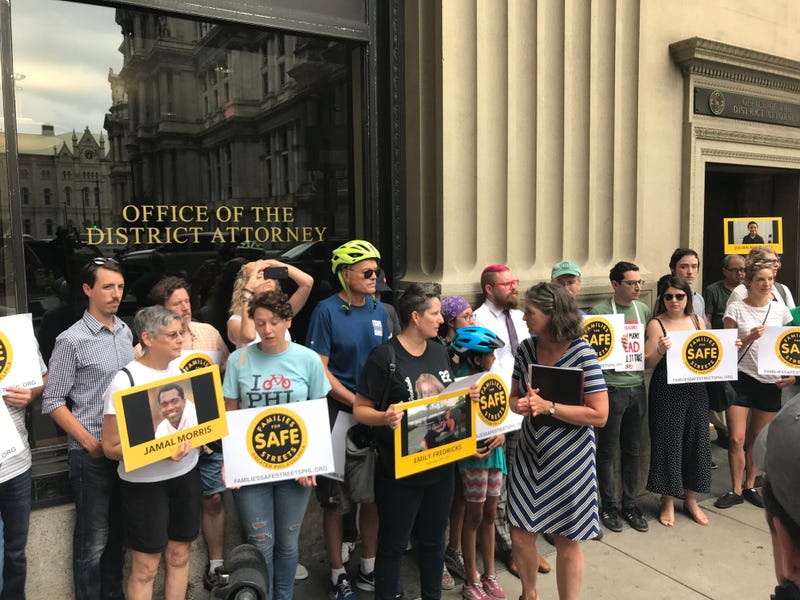 PHILADELPHIA (KYW Newsradio) — Philadelphia prosecutors say they are going to appeal a city judge's decision to toss charges against the trash truck driver accused of killing a bicyclist in a crash nearly two years ago.

Holding pictures of bicyclists killed in collisions with cars, bicycling advocates dropped off letters to the DA's office, urging prosecutors to appeal to the superior court.

Sarah Clark Stuart is the executive director of the Bicycle Coalition of Greater Philadelphia.

"What good are the laws in the commonwealth, if no one is held accountable for the preventable death of Emily Fredricks?" she said.

The letters come just says after a judge dismissed charges against Jorge Fretts, who is accused of striking and killing Fredricks in 2017 while she was riding her bike near 11th and Spruce.

Families for safe streets & members of the bicycle coalition are dropping off letters appealing ⁦@philadao⁩ to appeal case dropped by a city judge, involving a trash truck driver who struck and killed Emily Fredricks. pic.twitter.com/uqbfmE5neE

Anthony Voci, supervisor in the Homicide unit met with Fredricks’ aunt and the advocates outside the DAs office in CC

"We have already decided to file an appeal in this case. I personally investigated this case, and I feel very strongly in the prosecution of this case," Voci said.

He says they remained focused on their original argument: that Fretts was criminally negligent.

"When you have a 64,000-pound commercial vehicle that you are operating — not on some remote highway in the middle of the night, but at rush hour in the fifth-largest city in the country — you have to drive that very, very carefully," he said.

The state has 30 days to file the appeal.