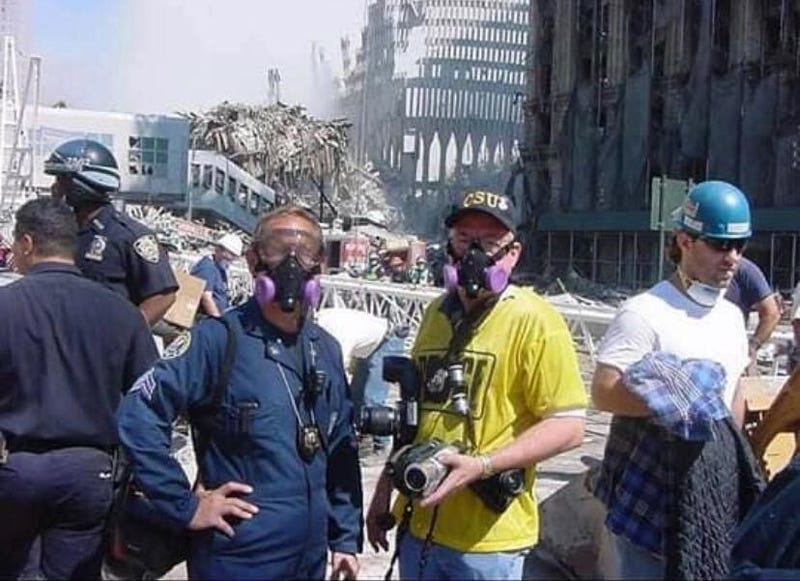 "What was going to happen next?" he remembers asking, "because we really didn’t know."

City officials braced for the worst-case scenario, especially as there was word of an unaccounted plane flying over Pennsylvania.

Their fears heightened when they learned a plane from Paris to Philadelphia had stopped communicating with Air Traffic Control, says Masi.

"For some reason, they could not locate that aircraft. They were using various communication methods. And we thought at one point that aircraft may be heading to Philadelphia," he said.

Officials eventually located the plane, which landed in another town.

And we now know Flight 93 in Pennsylvania crashed in Shanksville.

But when the chaos subsided, former Philadelphia police commissioner, the late John Timoney, who had been a deputy in the New York Police Department, sent Masi and a few others to Ground Zero to assist and find out what the NYPD needed.

“When we came up from Philadelphia that morning, there was very, very little traffic on 95 and the New Jersey turnpike. (Everything) just stopped in this country, not just air travel. I mean everything stopped. So it was a very eerie sight, but when we got to New York City, we could see the smoke in the air rising," he said. "But even in New York City, the only vehicles we saw moving was public safety — police, fire, EMS."

“When they found somebody — and of course that was a victim that was not alive — or they found partial remains, these airhorns would sound,” Masi recalls. “We would stop whatever we were doing, and we would stand and there would be a standing salute.”

But with every airhorn blow, they slowly realized it had become a recovery effort. There was no one to rescue.

“That was very, very difficult at times, because it happened more than we wanted it to happen, and it just showed the magnitude of what this did to everybody.”

All the bodies were moved to a makeshift morgue nearby, and Masi said the solemn salutes felt like a miniature funeral for each person.

“It was hard to take in at the time.”

Masi was there for two weeks, working around the clock.

“When there is danger, we go rushing in, when everyone is rushing out.”

With so many unidentified bodies, the NYPD requested forensic experts from the Philadelphia Police Department’s Crime Scene Unit to help identify victims.

Masi made his way back home, and the team wrote a report for the city about communication tactics in a catastrophic event.

“All the first responders and construction workers and civilians — everyone is still suffering today, both mentally and physically.”

Now, 19 years later, he’s dealing with a 9/11-related illness like thousands of other first responders who gathered at Ground Zero.

"I thought it was just part of aging, but I found out later on, that it was not aging. It was all being exposed to 9/11 toxins," he says. "They tell us statistically that more people will die from 9/11 than from the actual incident itself, because of all the illnesses."

But he says, if he had to do it again, he would.

“I really believe I can answer for all the responders," he said. "If it happened today, we would go up there immediately to do what we can do.”

sports
Jaylen Brown will miss the rest of the season due to injury
music
7 Pop songs you need to hear right now
news
College students rescued from boat made of kiddie pools
news
FDA authorizes Pfizer vaccine for emergency use in kids 12-15
<a href="https://www.audacy.com?article=curated" class="trending__item__link spa-link" data-track-type="article-link" data-track-component-name="trending