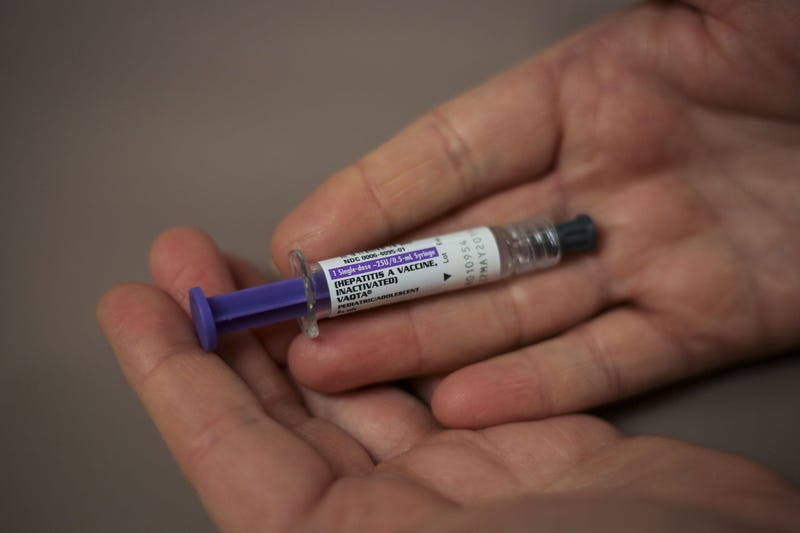 PHILADELPHIA (KYW Newsradio) — Health officials in Philadelphia have declared a public health emergency over the ongoing hepatitis A outbreak.

Health care providers and agencies in the city have been told to help vaccinate people who are most at risk for the virus, including people who use drugs and the homeless.

The hepatitis A vaccine is usually given to children, but most older adults have not been vaccinated. Officials say it is most dangerous for older people and people with liver disease.

Hepatitis A is also on the rise among opioid users. Although reported all over the city, Farley noted the outbreak is most heavily concentrated in Kensington.

Since July 2018, the Philadelphia Department of Public Health said more than 12,400 hepatitis A vaccinations have been given in the city.

"All medical providers combined across the city have vaccinated about 8,000 people over the last year," he added. "We know that's not nearly enough. We need to vaccinate thousands of more people, but if we do that, we can end the outbreak."

Over the course of a year, he said the city usually sees less than 10 cases of hepatitis A. So far in 2019, there have been more than 150.

"We have the ability to stop this outbreak," added Farley in a statement. "Now that we have a safe and effective vaccine, the most important action we can take is for everyone at high risk to be vaccinated."