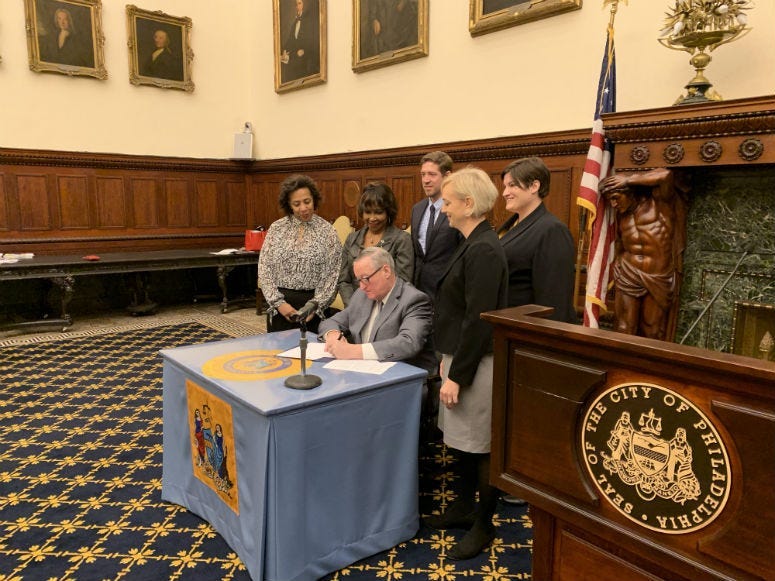 One bill bans the use of commercial fuel oil with high sulfur content in the city. The other expands the city's Building Energy Performance Policy.

That policy already requires buildings of more than 50,000 square feet to report their energy and water usage each year. That alone is credited, in a new report, with a 12% reduction in greenhouse gas emissions from those buildings.

Councilmember Blondell Reynolds Brown said it was a tough sell six years ago when she introduced the legislation.

"Philadelphia's benchmarking program is now considered a best practice for other cities that want to cut energy cost and carbon pollution," said Brown.

With the new law, those building owners will have to tune up systems that are not energy efficient. For instance, replace missing insulation or update lighting fixtures.

Kenney said these are two more steps in the city's commitment to meet Paris Climate Accord targets.

"As buildings are the largest local source of carbon emissions, these bills will be an important tool in cutting emissions, saving money and creating jobs," he said.