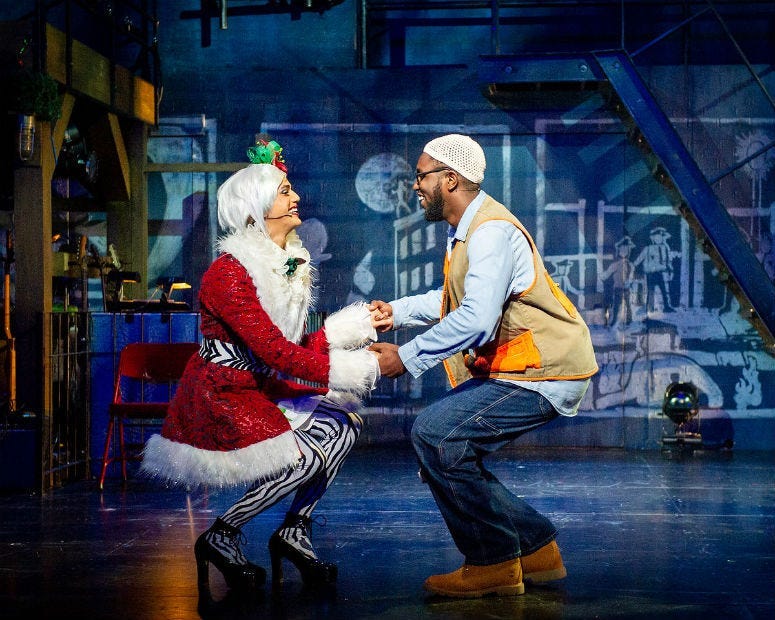 PHILADELPHIA (KYW Newsradio) — The national tour of the musical "Rent" is in Philadelphia this weekend at the Merriam Theater. One of its lead cast members is from Germantown and stopped by his high school alma mater to give back.

Shafiq Hicks, who plays Tom Collins in the Tony Award-winning musical "Rent," graduated from the Philadelphia High School for the Creative and Performing Arts in 2016. He was a guest vocal teacher at the school on Friday and gave critiques to some of the students.

Hicks says he owes a lot to CAPA.

"They really teach you how to be a human being and interact in society and be kind, be kind, be kind," he said. "I learned that lesson here so many times. So with the life lessons and the artistry is what really has shaped, shaped me now. And I got all of that here."

Musical theater major Asia Staten sang her heart out in class and says having pros like Hicks offering their expertise is inspiring.

It's the 20th Anniversary year for the national tour of "Rent."