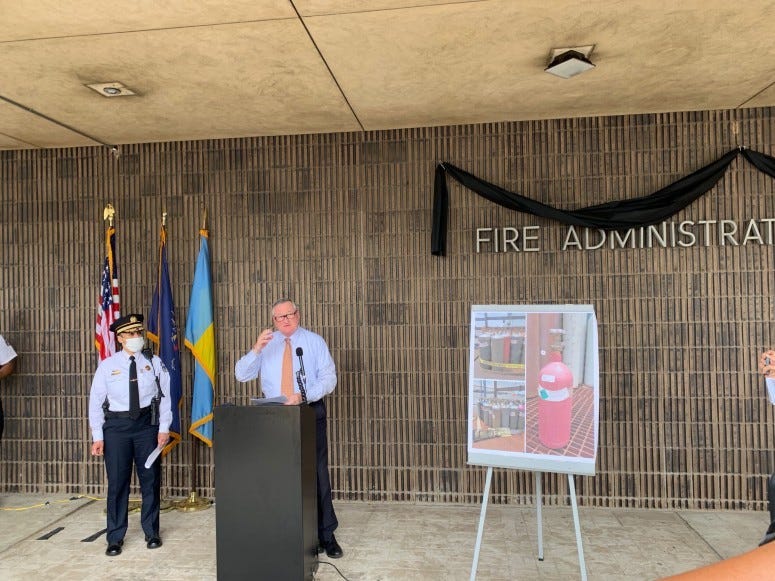 PHILADELPHIA (KYW Newsradio) — Philadelphia officials say they're concerned about the theft of volatile chemicals from a welding supply company in the current climate of unrest in the city. They say recent protests have been almost entirely peaceful, but the tanks could be dangerous in the wrong hands.

“There's explosives being used to access ATMs or fires being set around the city of various buildings and vehicles. It's most certainly of concern,” she said.

The Philadelphia Fraternal Order of Police is offering a $10,000 reward for information that leads to the arrest of the three alleged suspects.

The theft comes as the city braces for another weekend of protests.

Outlaw said looting continues to be a problem, even though it's been greatly reduced since the weekend, and looting teams will stay in place. But she hopes the protests this weekend remain peaceful.

She also said there are several Internal Affairs investigations underway on videos and reports about officers' use of force. She said some appear to be in line with department policy, but others are questionable.

Staff Inspector Joseph Bologna has been charged with assault for his conduct while on protest duty.