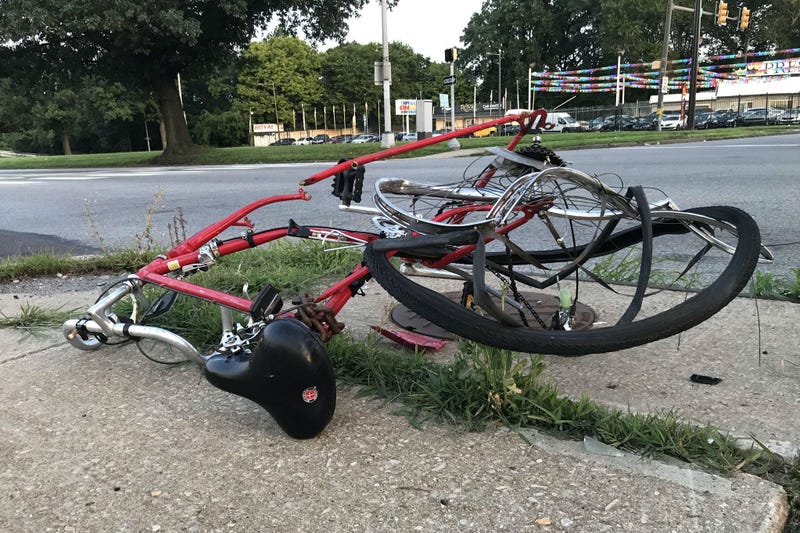 PHILADELPHIA (KYW Newsradio) — There’s been a significant jump in the number of people who have died in car crashes this year in Philadelphia. The city has among the highest car-related fatalities in the country.

With so many people working from home, and fewer drivers on the roads, the Philadelphia Police Department's Accident Investigation District Capt. Mark Overwise says more people are dying by vehicles.

"We investigated 25% more fatal crashes this year compared to last year (by the end of August)," he said.

The crashes involved people on foot and on bike, and other drivers.

Per capita, Philly ranks among cities with the highest fatality rate in the nation.

"It’s almost twice as likely that someone involved in a crash in Philadelphia might be killed, as compared to New York City," Overwise said, "which says a lot, because New York City’s population is around 8 million, and Philadelphia’s is over 1 1/2 million."

Overwise says the trend, though not formally studied, seems to parallel the pandemic.

One of those crashes involved 32-year-old William Lindsay, who was hit by a speeding car as he rode his bike down Ridge Avenue near Indiana Avenue in mid-July.

"We, as a society, we need to hold someone accountable as they leave someone in the street to die," Overwise said.

No one has come forward to take responsibility for his death, and there is now a $25,000 reward for any information leading to the identity of the driver.