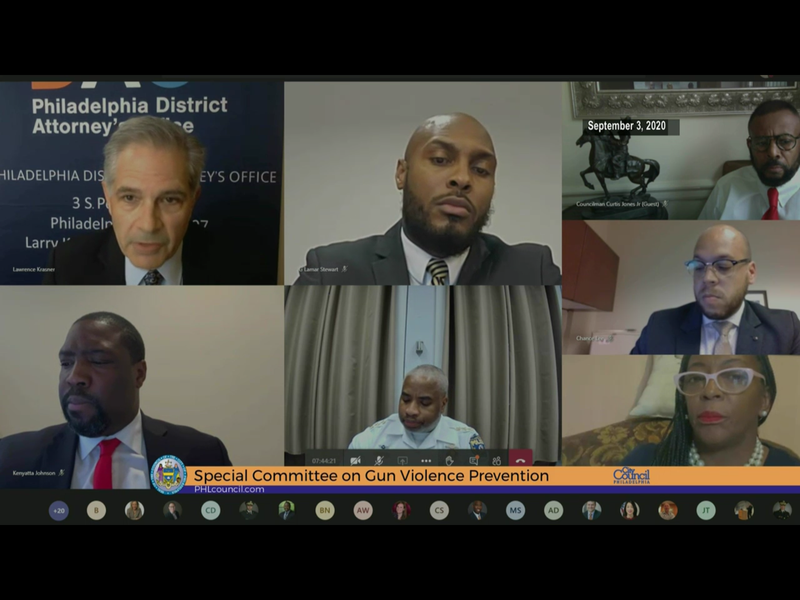 Showing charts, pictures and a map, Police Commissioner Danielle Outlaw detailed to City Council that shootings are up more than 40% and homicides are up more than 30%, while the department is taking more guns off the street — nearly 3,000 so far this year — with fewer pedestrian stops.

“The majority of all our crime guns recovered that had tracing data for the source can be linked to Pennsylvania, and that’s 73%,” Outlaw explained.

She said 16% are from other states, mostly Virginia and Georgia.

According to the department’s statistics, officials have seen a bump in arrests for violation of the uniform firearms act or VUFA — meaning illegally carrying a weapon — but also noted more of those cases are being withdrawn or dismissed.

During #Philly City Council hearing on gun violence, ⁦@PPDCommish⁩ gave detailed stats they on gun arrests/charges, saying cases being dismissed/withdraw are steadily increasing from 18% 2015 to 47% this year. They’ve taken nearly 3,000 guns off streets so far this year pic.twitter.com/fqccQEmKVB

“Here’s what’s also of note, and this is why I say we all acknowledge, including us, that there is more to be done, specifically on our part: that trend line is our clearance rates and our corresponding clearance rates are declining slowly,” she said.

Krasner pointed to judges and bail commissioners rejecting high bails for some defendants.

“What we wanted was enough bail to keep people who are running around shooting people and trying to kill people and who were felons in possession of a firearm in jail, because they present tremendous danger to public safety. We did not get it 89% of the time, we got it 7% of the time,” he said.

Both the commissioner and the DA said they want their entities to work better and smarter together.

Another hearing will be held Tuesday with officials from the Pennsylvania Office of Attorney General and supervising judges.