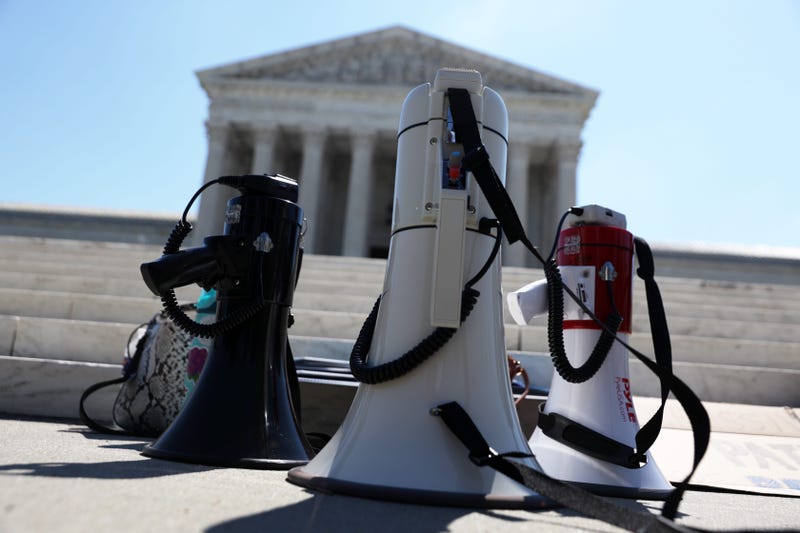 PHILADELPHIA (KYW Newsradio) — Monday’s Supreme Court ruling, which struck down a restrictive Louisiana abortion law, is a relief to Philadelphia-area abortion rights advocates — and a disappointment to pro-life activists.
If it passed, the law would have curbed abortion access and required doctors who perform abortions to have admitting privileges at nearby hospitals.

Both sides thought there was a possibility that the high court’s new conservative majority would use the case to narrow access to abortion.

Sue Frietsche, a senior staff attorney and the founder and director of the western Pennsylvania office of the Women’s Law Project, noted the Louisiana case was, as the decision pointed out, word-for-word the same as a Texas case that was struck down four years ago, so the decision wasn’t exactly a surprise.

However, with a more conservative majority, she said it was not a certainty.

“That’s why we’re so relieved and glad that the opinion came out the way it did,” Frietsche said.

Dayle Steinberg, president and CEO of Planned Parenthood Southeastern Pennsylvania, said she was only mildly surprised that Chief Justice John Roberts was the deciding vote.

“He’s been making some reasonable decisions as of late, and this was one of them,” she said. “The Supreme Court did the right thing, and today’s ruling was a victory for reproductive freedom.”

The Pennsylvania Pro-Life Federation disagrees. They cite dissenting Justice Clarence Thomas’ view that Louisiana’s law was “perfectly legitimate,” and they call it a “sad day for women” who “deserve the best possible medical care.”

In a statement, the group said it looks forward to the day when the high court overturns Roe v. Wade.

Tom Stevens, president and CEO of the Pro-life Union of Greater Philadelphia, said he was not surprised by the ruling but was disappointed and saddened. He called it a "defeat for women" — who, he argued, would have been protected by Louisiana's restrictions.

Pennsylvania has not attempted to require admitting privileges for doctors performing abortions, but it has imposed other rules that Freitsche said make it difficult for new clinics to open — even as neighboring states impose stricter restrictions that may push women to travel here for the procedure.

“Although today’s news was really good news and very welcome, we have got a long way to go before we reach anything close to reproductive justice,” Freitsche added. “We have a boatload of really difficult and unfair and stigmatizing laws and regulations on the books.”