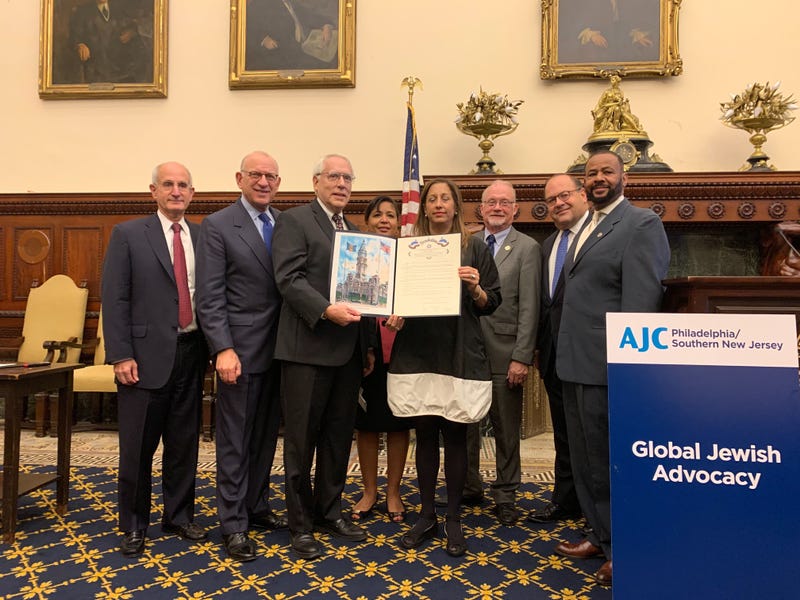 PHILADELPHIA (KYW Newsradio) — The City of Philadelphia commemorated the one-year anniversary of the Tree of Life synagogue massacre in Pittsburgh with a memorial candle lighting. All people are invited to join the Philadelphia-area Jewish community in synagogue this weekend in solidarity.

Philadelphia City Councilmember Allan Domb put on his kippah and recited the traditional Mourners Kaddish for the 11 Jews who were gunned down at the Pittsburgh synagogue last year.

"In Judaism, it's called a Yehrzeit," Domb said.

Afterward, he got choked up as he talked about the deadliest U.S. attack on a Jewish community.

"You expect to be safe in a house of worship. You don't expect a shooter to come in and gun down 11 people," Domb said.

To commemorate the anniversary, Marcia Bronstein, regional director of the American Jewish Committee, says they're bringing back Show Up For Shabbat this weekend.

"Show Up For Shabbat was an initiative that was started by AJC just a few hours after the massacres at Tree of Life Synagogue last year," she said.

She explains they're inviting allies of the Jewish community to join them in synagogue, "to have a loud voice in saying that we don't accept hate and we won't be afraid."

"The synagogues invite everyone of every denomination who wishes to oppose hate," said David Smith, president of the AJC Philadelphia and South Jersey. "In America, we must condemn that sort of racist massacre that occurred, wherever it occurs."

A list of synagogues participating in Show Up For Shabbat can be found on the AJC website.

Domb says hate crimes seem to have increased in number, "and I have seen additional security, actually, in synagogues across the city."

And synagogue shootings are no longer unfathomable.

"There was another synagogue shooting that happened recently overseas (in Germany) with a shooter," he said.

Domb agreed, there are a lot of Jewish people who have a Holocaust history.

Meanwhile, Domb says he hopes the solidarity of events like this will help curb the rise in hate he's been seeing.

"And I hope that calms down, but I'm not sure it's going to calm down," he said.