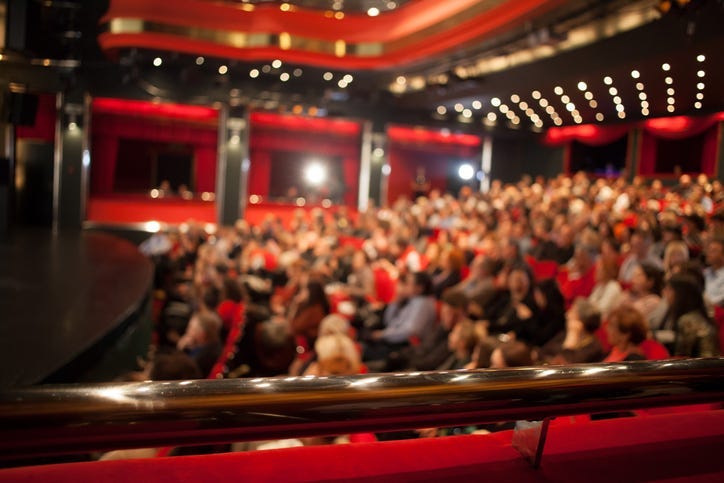 PHILADELPHIA (KYW Newsradio) — The Philadelphia Department of Public Health announced last week that indoor theaters could reopen Sept. 8. But those theaters are not so sure that’s going to happen.

Theaters in Philadelphia range from 3,000-seat venues like the Kimmel Center to smaller ones like Wilma Theater, which seats 300.

Leigh Goldenberg, managing director of the Wilma, said the city’s reopening plan is not going to work — at least not right now.

“The city guidelines have said that we can have no more than 25 people to a room. When we do a production, 25 people is about how many people we need in a room to do the play before we even include the audience,” Goldenberg said.

She added they don’t feel they have a safe environment for working or performances.

The city gave the community two weeks notice, she said, but it takes longer than that to get a show together.

The Philadelphia Fringe Festival opens on Wednesday and almost all of the events are virtual, with the exception of some that are outdoors.

Nick Stuccio, president and producing director of the Fringe Festival, said theaters need a full house to make money, and the city guidelines don’t allow that.

“If we can do, say only 25% of the house, that is not enough revenue for us to support the cost of a production,” Stuccio explained.

And he added it’s not just about the performance, it’s also about the audience.

“The crisis hit the entertainment industry first, hardest and we’ll be the last ones back in,” said MIke Barnes, president of Local 8 IATSE (the International Alliance of Theatrical Stage Employees).

Barnes doesn’t think any theaters will reopen, with the exception of some streaming events, but the union is working diligently with employers to see if there are opportunities for union members to get back to work.

Barnes said there are ways to make performers and the audience safe, pointing to the Philly Pops performance during the “Made in America” event. Musicians who didn't use their mouths for their instruments, like the strings, could wear masks, while the horns played behind a plexiglass shield.

The audience can be moved back from the stage to stay safe from any airborne virus germs.

But Goldenberg said moving the audience back takes away from the intimate experience of a live performance.

Barnes also said theaters must have an up to date ventilation system which can provide adequate air circulation, as well as the pre-testing of everyone involved in the production, from actors to stagehands and ushers and ticket sellers.

Goldenberg said the Wilma won’t be reopening anytime soon. The guidelines from the city offer a helpful checklist on what needs to be done to reopen, and for the Wilma, that means updating the HVAC system.

The theater also needs to think about what kinds of cleaning procedures need to be in place and how many people can be allowed in a restroom.

“While this is a good step forward, that maybe the pandemic is maybe on its way down, that's good, we can plan for the future,” said Stuccio.

He said when theaters can open at 75% capacity, in-person performances can make a comeback and venues can think about opening and not lose money.

“We’re all in a financially fragile situation anyway. We’re not imagining doing anything in a real space for a long time,” he added.

CORRECTION: A previous version of this story misstated the capacity of the Kimmel Center.