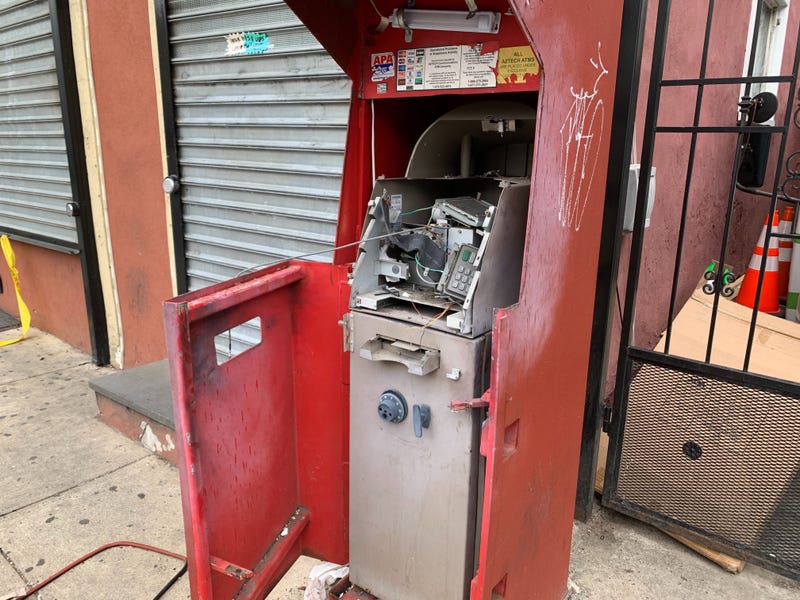 PHILADELPHIA (KYW Newsradio) — People throughout the city reported the sounds of explosions overnight. Police say looters were trying to use explosives to break into ATMs. In North Philadelphia, one such attempt turned deadly.

Police say a 24-year-old man was killed when he tried to blow up the ATM outside a bar at 2nd Street and Susquehanna Avenue around 6 a.m. Tuesday.

Neighbors say they heard explosions at that time.

Oleg and many others were hearing the sounds all night long.

The screen and buttons of the machine were left scrambled. Part of the red cabinet was blown off, exposing the safe, which appeared to be intact.

This wasn’t isolated. Police say there were several attempts to blow up ATMs throughout the city overnight.

This tactic is not new, but with all that’s going on in the city, it’s another thing that police are trying to keep an eye on.