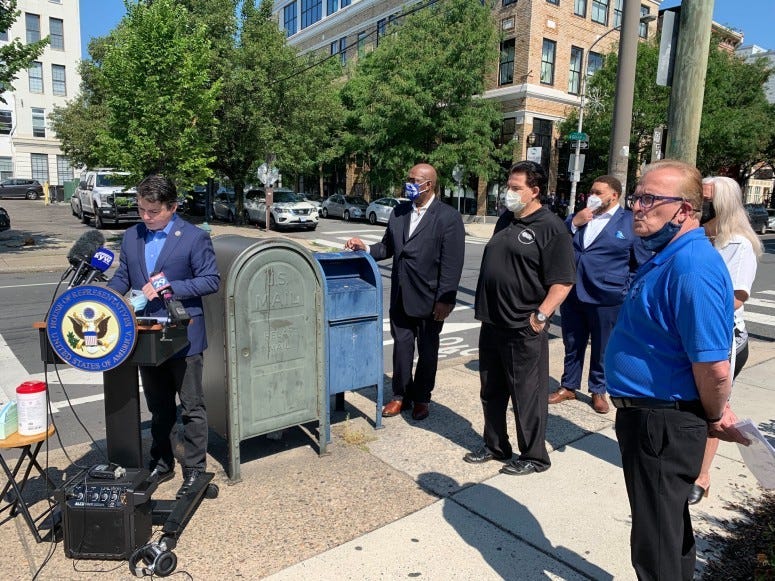 PHILADELPHIA (KYW Newsradio) — Postal Workers union leaders held a rally Wednesday with Philadelphia-area politicians in Northern Liberties to demand that Congress include funding for the Postal Service in the next pandemic relief package.

“We are facing an unmitigated disaster at the Postal Service,” said Congressman Brendan Boyle.

“Slow the mail down, get the customers to be unsatisfied with the service they’re providing and going elsewhere. And then selling the post office to either UPS or FedEx,” Prinz said.

The Postal Service has traditionally been self-sufficient, but it took a huge hit from the pandemic. Without federal funding, agency officials say they could run out of money by September.

Boyle and Democratic colleagues Mary Gay Scanlon and Dwight Evans said that could have a disastrous impact on the November election.

“You cannot have vote by mail if you don’t have a Postal Service,” Boyle added.

President Donald Trump contends that widespread mail-in balloting will lead to what he has called the greatest rigged election in history.