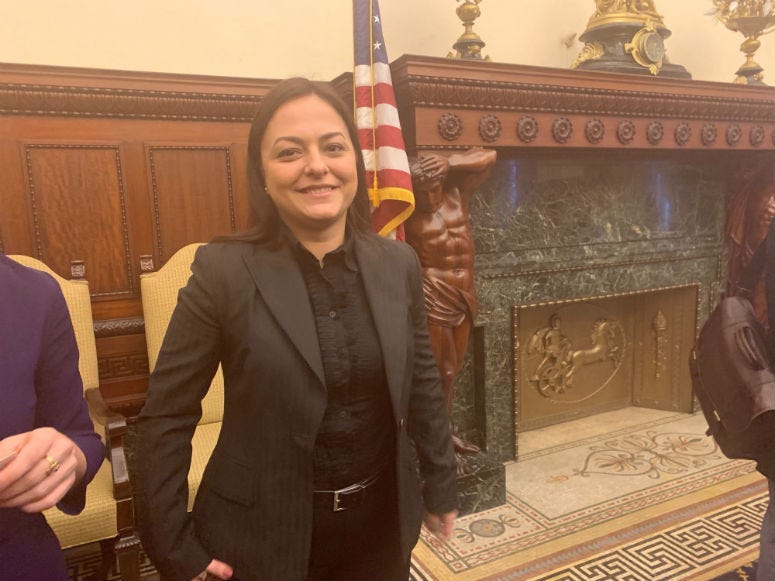 PHILADELPHIA (KYW Newsradio) — The city of Philadelphia is joining forces with the Welcoming Center for New Pennsylvanians to improve job prospects for immigrants. The mayor launched the new program Wednesday at a news conference.

Berna Altok was a young professional in her native Turkey when she won the green card lottery in 2016 to work in the U.S.

"I left everything behind and moved to Philadelphia by myself," she said.

She soon had second thoughts as she scraped by scooping ice cream, delivering pizza and driving for Uber.

"I need to be honest. I lost a lot of faith during the time I was struggling and I didn't believe it was going to work out for me. I was hopeless," she said.

Then Altok found the Welcoming Center's International Professionals program,one of the efforts the city is building on with its new initiative. She was at the news conference to attest to its success.

"It did work out, with a staff who have a big love in their heart for immigrants," Altok said.

The city's job will be to get more employers to offer fellowships for graduates of the program and consider them for full-time jobs, as the city has.

The program is for those here legally, and Mayor Kenney says it will help the city's goal of inclusive growth.

"Helping refugee and immigrant residents gain the skills training and experience they need to be successful and launch meaningful careers will contribute to the overall growth of city," he said.

Buckley Dominquez was in the audience for Santander, one of the employers already on board. She approached Altok afterward.

"I know what it feels, when you're an immigrant and you come here and you have no opportunities, but I always say there is light at the end of the tunnel. So, from an immigrant to an immigrant, congratulations," Dominquez said.