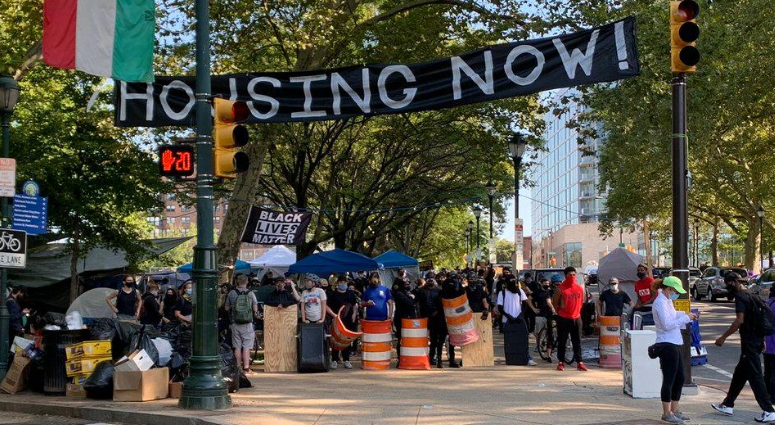 PHILADELPHIA (KYW Newsradio) — Protest encampments remain on the Ben Franklin Parkway and in North Philadelphia despite a federal judge’s ruling that Philadelphia officials may shut them down. Officials are still trying to end the encampments without a confrontation.

Deputy Managing Director Eva Gladstein said workers have coaxed more than 100 of the camp’s homeless residents into shelter and are working on creating 1,400 new long-term housing units this year.

“We have spent countless hours talking to camp organizers and residents. We believe we’ve met the protest camp more than halfway and we encourage individuals who are there to access the housing and services we’re offering,” Gladstein said.

It’s not known how many people are left in the camps but the mayor has emphasized that, though he sympathizes with their cause, they cannot stay. Neighbors have filed more than 200 complaints.

Landlords in the area have warned tenants to beware of used needles and rats attracted by discarded food.