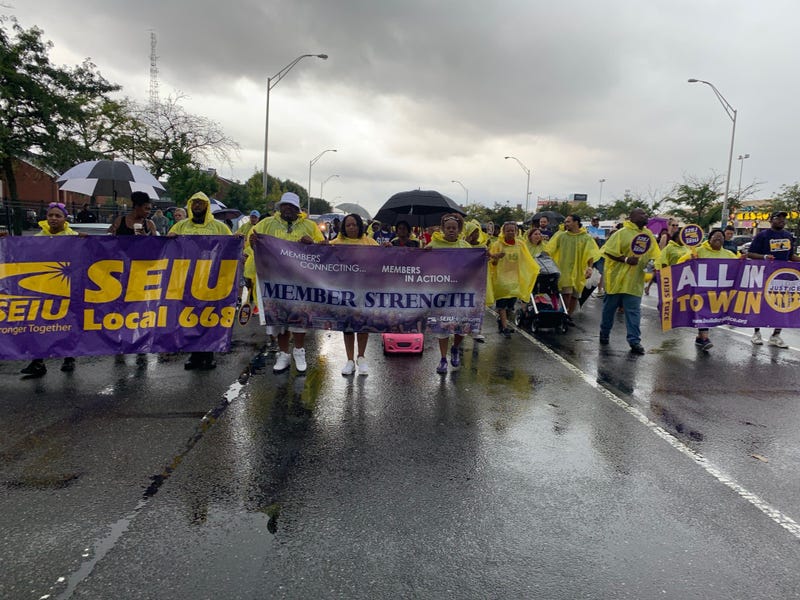 PHILADELPHIA (KYW Newsradio) — The skies opened over South Philadelphia just as thousands of union members stepped off for the annual Labor Day Parade up Columbus Boulevard.

The parade had all the usual elements: public officials and union leaders urging members to vote for pro-labor candidates in November.

It was not a great morning for a parade, but they didn't seem to mind, taking the drenching in stride.

The stormy skies mirrored the year Philadelphia labor has had, weathering steep job losses with the closing of Hahnemann Hospital and PES refinery. But Rich Lazer, deputy mayor for labor, says there were some bright spots, too.

"We got just-cause legislation for parking workers is going into effect this week. Fair work week regulations are going to be posted next week for public comment. And we're working with Domestic Workers Alliance to have a domestic workers bill of rights. So, there's some positive stuff coming out of this year."

And skies cleared in time for the annual picnic at Penn's Landing.