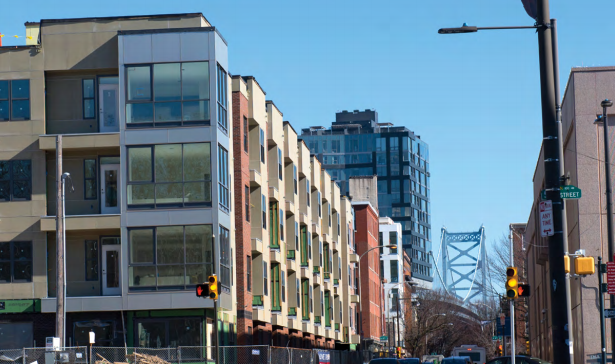 PHILADELPHIA (KYW Newsradio) — If you've noticed a lot of cranes and construction crews around Center City, it's because more new housing went up in 2018 than any other year, since the Center City District began tracking the market nearly 20 years ago.

"The market is still very strongly influenced by major apartment projects, not simply high-rise towers that you see in Center City, but mid-rise that are happening in Northern Liberties and lots of other neighborhoods," he said.

A key driver of demand has been the surge of the millennial generation, who are now roughly between 22 and 37 years old.

"People of that age almost always rent before they buy," Levy added.

While two-thirds of Philadelphians own their homes, the new product has gone the other way. Since 2010, 72 percent of housing built in and around the downtown area were rentals.

"The ring of neighborhoods where people who want to work in Center City or University City ... is getting broader," he said.

More than 3,000 units are currently under construction or were recently completed in ZIP codes above Girard College, which include Brewerytown as well as neighborhoods on either side of Cecil B. Moore Avenue east of Temple University to Front Street, like Olde Kensington and Yorktown.

Not everyone is living in penthouses. Ironically, Levy said hyperbole has come both from those seeking to promote new projects and from those looking to cap the eligibility for the city’s 10-year tax abatement.

"People who are strongly cheering that are over-exaggerating that, and people who worry about the effect of that are exaggerating," he said.

Despite the increase in both younger and more affluent households in Greater Center City, the report notes Philadelphia still loses to the suburbs 7,000 more people each year than it gains.

Pulling the camera back, Levy noted it's only 17 percent of the geography of the city.

According to the CCD, low-income families in Philadelphia face a major affordability challenge that is due primarily to low incomes, rather than a reflection of high rents or sales cost.

Pointing to Philadelphia's poverty rate of 26 percent, the report found more than 200,000 households making less than $50,000 are paying a disproportionately large share of their incomes — far more than 30 percent — on housing costs.

"The affordability challenge for low-income people is not so much that our housing costs are high, like San Francisco, New York or Boston," explained Levy. "It's that incomes are so low."