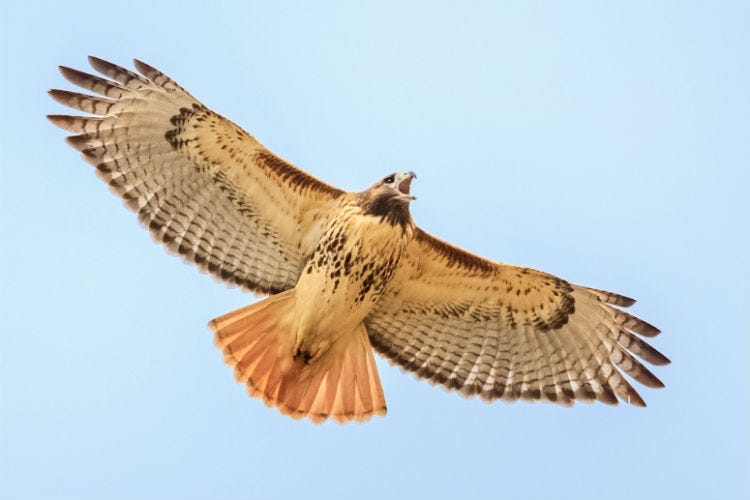 PHILADELPHIA (KYW Newsradio) — The Red-tailed hawk known as Mom, who for several years raised her young on a windowsill at the Franklin Institute before moving up the Parkway, has disappeared.

Through livestreams, the Franklin Hawkaholics Facebook page and the Hawkwatch at the Franklin Institute blog, fans have followed Mom's triumphs - she produced 25 offspring - and tragedies - the deaths of three mates and at least three fledglings.

This month, Mom and her fourth mate, known as T4, appeared to have started incubating in their nest on Eakins Oval. But hawkwatcher Carolyn Sutton says on St. Patrick's Day morning, Mom started to behave strangely.

The next day, she sat on a branch near the nest, looking ill, ignoring T4's rat delivery.

"And the next day, she was gone," Sutton said.

Gone without a trace.

Drexel University political science professor and wildlife photographer Christian Hunold first visited on an assignment, but later became a regular observer, and was inspired to write a paper about the birds and their fans.

"The hawks had sort of created in a way, a community of amateur naturalists, and in the course of doing that, (they) ended up learning a lot about urban ecology and these food chains," Hunold said.

Tragically, part of that food chain is toxic.

"Carnivores in the city have some level of rat poison in their system, so that is something that can contribute to a hawk's death," Hunold said.

But without a body to necropsy, there's no way of knowing how Mom died.

Meanwhile, her mate, T4, isn't wasting any time. Since Mom's disappearance, he's been seen flying around his territory with a young female, doing courtship displays.

"The sooner that a surviving hawk can find a new mate," Hunold said," the greater the odds that they're going to be able to defend their territory."

How are the Hawkaholics taking it?

"Every time we've had a loss, everybody cries for a while, and is upset for a while," said Sutton, "but then they become completely engaged in the behavior of the birds, and how they manage to carry on."