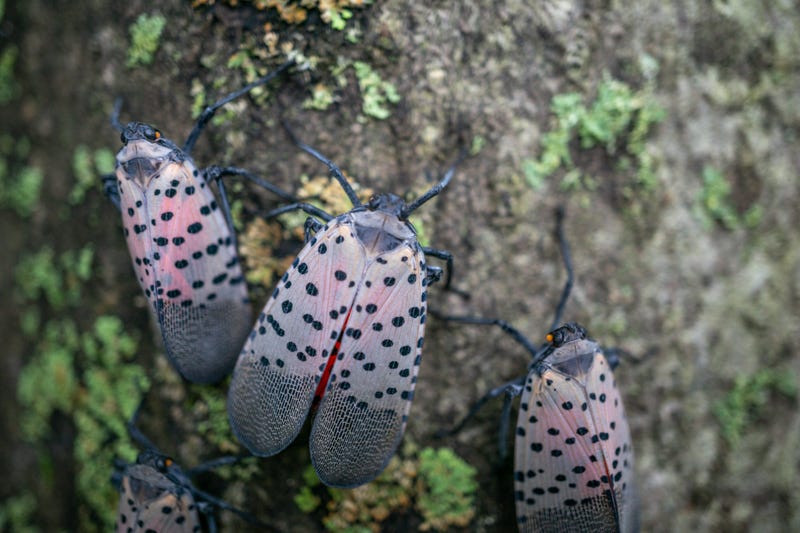 PHILADELPHIA (KYW Newsradio) — Penn State researchers who are trying to stop the spread of the invasive spotted lanternfly have recently discovered a natural predator that could be an effective and massive tool to kill the bug.

Specialist Heather Leach, based in the Department of Entomology at the State College main campus, said researchers discovered fungi and a large amount of dead spotted lanternflies nearby, which she said was extraordinary.

"We found right at that Angora Fruit Farm some fungal pathogens that were attacking spotted lanternflies. So think fungi, like mushrooms you're seeing out in the woods, but they specialize on attacking insects," she said. "What we saw in this case was two different species of fungal pathogens that were attacking and killing spotted lanternflies in pretty high numbers."

The discovery was made on the farm in Antietam Lake Park, just outside of Reading.

"These two species that we could essentially use would be something that would be much more natural to use," she noted, "so it's not going out there and spraying what we consider to be broad-spectrum insecticides. Instead, it's a lot more specific to just attacking insects."

The fungi act like spider webs, Leach said, immobilizing the insect as it takes to a tree to feed.

"It kind of sews threads in between the body of the lanternfly and the tree," she explained. "It hooks them to that tree and then it does the rest of the work taking over the body, eating it from the inside out."

The fungi then put a fuzzy coating on the spotted lanternfly to sporulate, she said.

The fungi are "trying to spread its spores and infect other lanternflies. So, if you have that, it's best to really leave it and let it infect other spotted lanternflies that are in your backyard."

Leach added that the find is encouraging because the fungi could become very effective weapons to stop the spread of the insect.