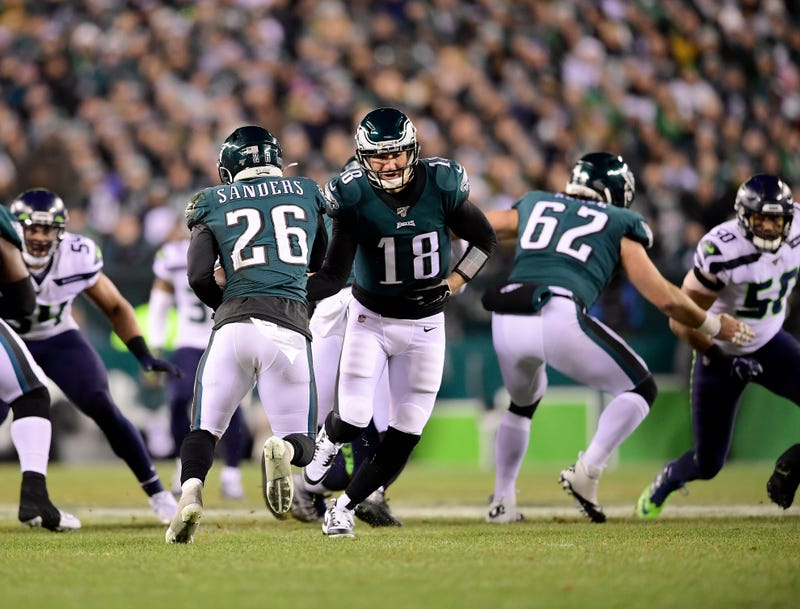 PHILADELPHIA (KYW Newsradio) — Similar to Apollo 13, the Eagles’ 2019 season could be classified as a “successful failure.”

The team didn't accomplish its mission of reaching the Super Bowl, but it still managed to reach the post-season and capture the NFC East, despite being decimated by injuries. It’s a glass half-empty/ half-full moment for the organization.

The head coach and quarterback have solidified their positions, and there is still talent on the roster. However, General Manager Howie Roseman made it clear that a more youthful approach may be coming in 2020.

"We made trades for some veteran players to go win," said Roseman. "We stick to that. We're glad of those decisions but going forward, we need to infuse youth in this team. We have 10 draft picks. We think we're going to have 10 draft picks in this draft, and we're excited about that."

The question is how much of a youth movement there will be. Roseman has to decide what to do about veterans like Jason Peters and Rodney McLeod, who are unrestricted free agents.

Then, there are veterans under contract, and one of the most valuable members of the secondary is looking for a new contract. Malcolm Jenkins said on Monday that he won't return under his current deal, which has one more year remaining.

Meanwhile, Carson Wentz is continuing to recover from his head injury that he suffered last Sunday. Head coach Doug Pederson said Wentz was feeling "great" but was not sure if he would have been able to play this Sunday had the Eagles advanced.

When asked if the hit on Wentz by Jadeveon Cowney was a legal one, Pederson elected to take the high road.

Pederson's team will now move forward with a somewhat uncertain future. It may be the most eventful off-season in several years for the Eagles, as they look to retool their roster while remaining in contention.

However, Roseman knows improvements must be made after the Eagles accomplished so much — and yet, not enough — in 2019.

"We stand up here with a range of emotions," Roseman continued. "The first emotion is disappointment. Disappointment that we are not practicing this week for the Green Bay Packers and that we didn't achieve our goals that we set out when we opened training camp.

"When you have a disappointing season, it's not just on the players and the coaches. It's also on the front office. That starts with me, and I'm sorry to our fans. They give us tremendous support."