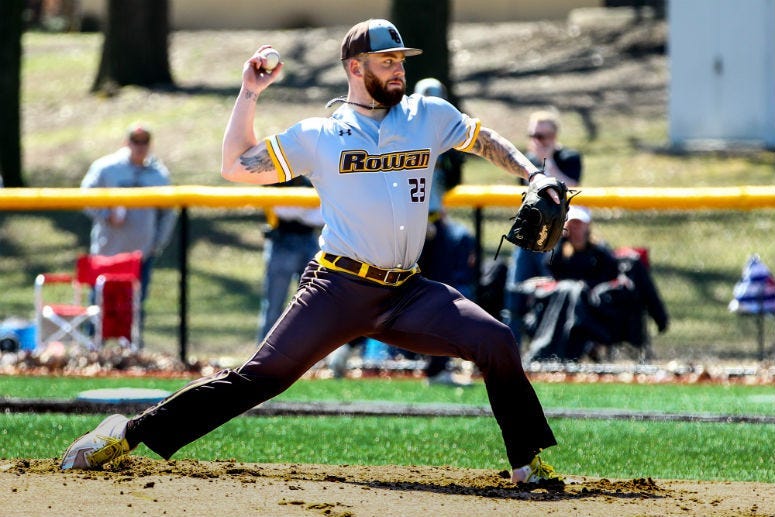 PHILADELPHIA (KYW Newsradio) — The Rowan University baseball team has maintained its status this season as one of the top teams in the country in Division III.

The Profs are 25-7 and fighting for first place in the New Jersey Athletic Conference (10-3 conference record) as they come down the home stretch of the regular season.

"It's really a tribute to my assistant coaches and their recruiting efforts, and the players on the field are the ones that do it, day in and day out," Rowan head coach Mike Dickson said of their success.

The Profs are consistently getting it done in all phases this season. Rowan has a team batting average of . 316 and a team ERA of 3.06. They also have just 30 errors as a team.

Dickson had this to say about some of the players who are leading the way this season.

"Offensively, Matt Woods, who is a transfer in from St. John's University and originally went to Rowan College of Gloucester County, has done a tremendous job with the bat," he said. "Hitting over .400 (.424), (12) home runs, just done a tremendous job out of the leadoff spot for us. On the mound, really a combination of Danny Serreino, who is a returning All-American, has been good all year. Andrew DiPiazza is a returning All-Region pitcher, again, been good all year. I think we shored up our bullpen a little bit more this year. And Andrew Cartier, Dan Corvo, Jean Sapini have all done a great job out of the pen for us."

Last year, the Profs spent some time as the No. 1 team in the country in Division III, and they won the NJAC title. Rowan has qualified for the NCAA Tournament the last two years, and they are currently ranked fourth in the nation. As much success as the Profs have had here in 2019, Dickson knows they still have a lot of work to do.

Rowan will play every day this week, wrapping up the regular season with a doubleheader on Saturday on the road against Montclair State.