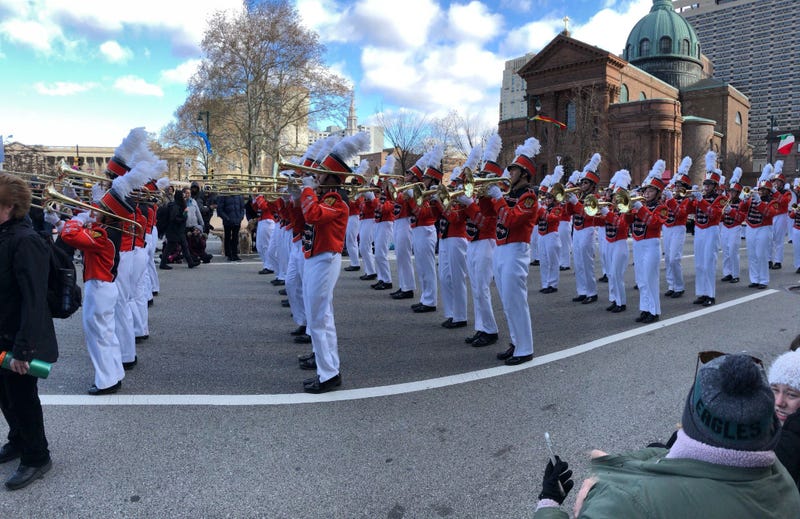 FAIRLESS HILLS, Pa. (KYW Newsradio) — The death toll from the Wuhan coronavirus continues to rise, now surpassing the number of fatalities in the 2002 SARS epidemic. More than 800 people have died and at least 37,000 have been sickened since the virus was first detected late last year.

Here at home, Pennsbury High School's marching band and jazz band are scheduled to go to China in the spring but the directors are asking for a new destination.

Instead of a trip to Shanghai, the bands, along with teachers and chaperones, are trying to go to France.

"We are proposing a cost-neutral alternative as of now to visit Paris instead of Shanghai," said marching band co-director Frank Mazzeo. At a special board meeting on Thursday, he said it was unfortunate to change the trip, but he wanted to keep students and chaperones safe.

According to Mazzeo, the cost is nearly the same, but they need to know by this week so they can secure their plane tickets.

If approved, students will get to perform at Disneyland Paris, the Normandy American Cemetery, and possibly the Eiffel Tower.

KYW Newsradio medical editor Dr. Brian McDonough said it's definitely reasonable to make plans to go somewhere else. "Without a doubt, I think it makes sense if there is uneccesary travel or travel for something like an entertainment event," he said. "There's no reason to put people at risk at this time."

McDonough added that people who are traveling elsewhere overseas are okay, but should take caution. "You have to be aware that when you are in an airplane, it is a contained environment and droplet nuclei for all sorts of respiratory problems and infections can spread," he warned. "But the reality is the number of cases in the United States is very low."

The last time the Pennsbury marching band traveled to France was in 1993.

The school board is expected to make a decision soon about the trip, which is scheduled for April 4-12, 2020.