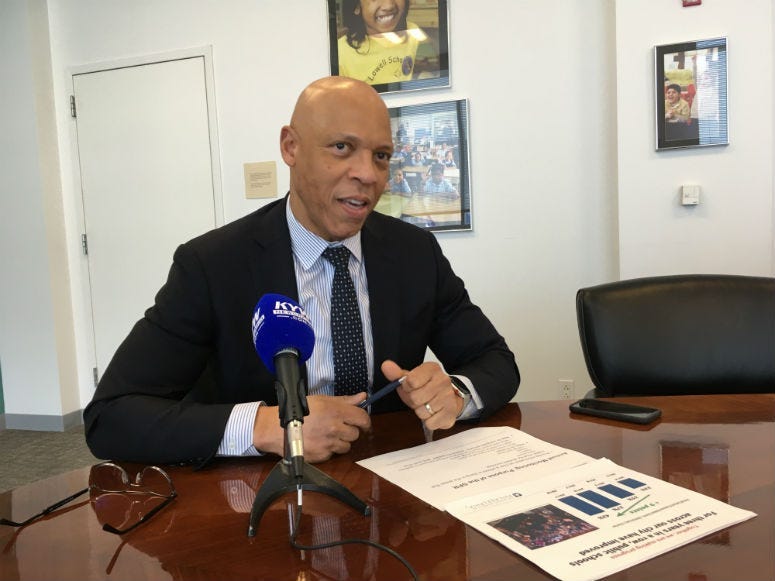 PHILADELPHIA (KYW Newsradio) — The School District of Philadelphia is releasing its list of top performing and most improved schools Wednesday.

The district keeps score at each traditional public and charter school with a 1-to-100 index known as the School Progress Report (SPR). It grades schools' achievement, progress, climate and - for high schools - college and career readiness.

"What we've seen for three consecutive years are public schools across the city that are improving," Hite said.

Schools are sorted into one of four tiers based on their scores and those in the bottom tier get extra resources.

Hite says attention to specific areas has led to fewer schools in the bottom tier.

The district saw the biggest improvement at Hartranft and Mitchell elementary schools, the Middle Years Alternative and Lankenau high school.       The SPR score was 42 last year for district and charters combined. Separately, the overall district SPR was 40, and charters scored 46.  The district points out that seven low-performing charters were closed since 2014-15.