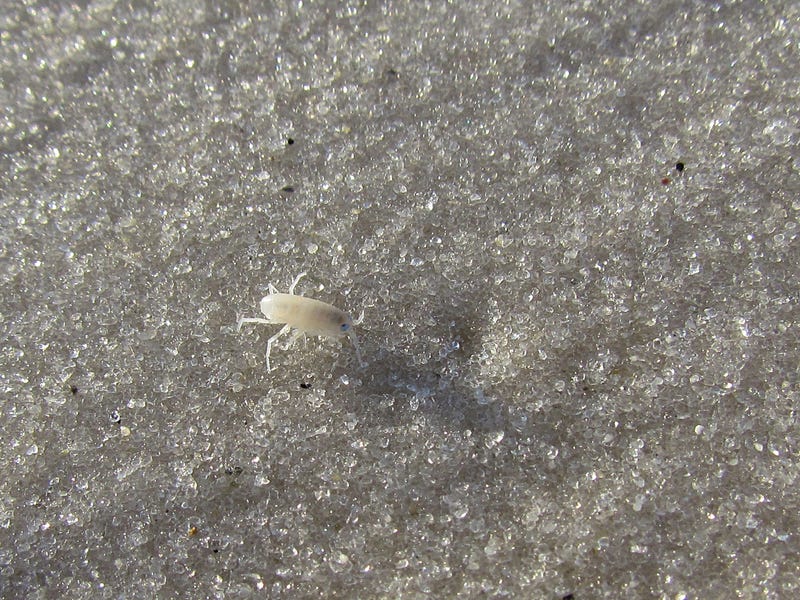 CAPE MAY COUNTY, N.J. (KYW Newsradio) — This has been the year of the unusual and what’s been happening at the Jersey shore all month long fits right into that.

Sea lice have invaded the ocean.

"And they're a real nuisance because they bite and make you itch and leave little red blotches on you," said Sierra Club of New Jersey director Jeff Tittel, "so it's a real concern."

Sea lice are baby jellyfish. Typically an issue down south, they’ve made their way to New Jersey.

Tittel says the scorching weather this summer plus Tropical Storm Isaias are the reasons why.

"And it'll continue," Tittel said when asked if sea lice will be around even longer, "but hopefully with the cooler weather it'll calm down a little bit."

He says there’s nothing you can do to protect yourself from sea lice, except stay out of the ocean altogether, not a great option in August. But Tittel says aside from the annoying itching, sea lice won’t pose a threat to you behind that.

KYW Newsradio reached out to the Avalon Beach Patrol after Tittel name-dropped Avalon as a place sea lice seem to be popping up most.

They say they've been getting calls here and there about sea lice, but those have slowed down lately.

The patrol says it doesn't seem to be keeping people out of the ocean either, in fact if anything they say there have been more people than normal spending time in the water.