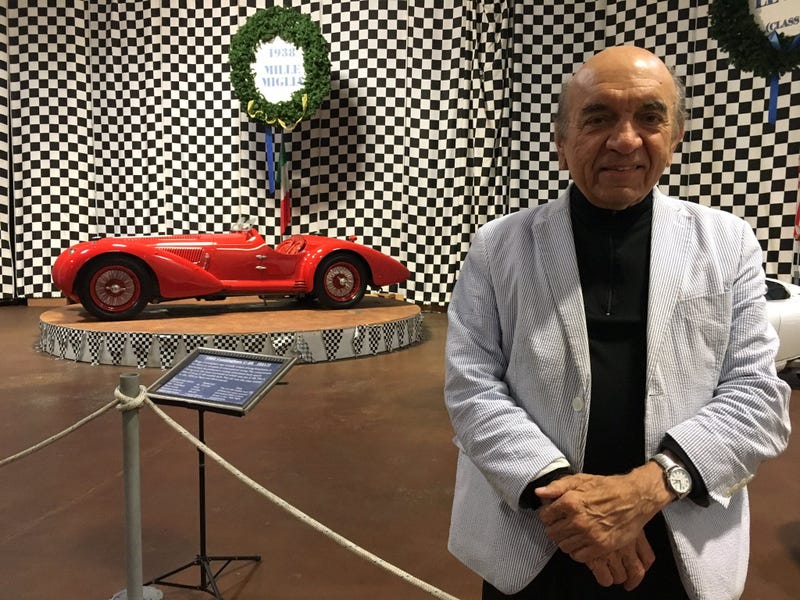 PHILADELPHIA (KYW Newsradio) — The Simeone Foundation Automotive Museum focuses on award-winning race cars, and now the museum is bringing two big wins of its own home to Philadelphia.

"Winning this award for the museum is like winning the Nobel Prize in the historic motoring world, because they only give one a year," said Dr. Fred Simeone, founder of the museum in Southwest Philadelphia.

"This should give us more relevance — if not the museum, then Philadelphia."

Dr. Fred Simeone, founder of @simeonemuseum tells us how important the 2 recent awards the museum won are to Philadelphia’s visibility around the world. .@KYWNewsradio pic.twitter.com/cVtVCCCciW

"It was based on the contribution of the cars to history, quality and originality, elegance, and in some cases the performance," Simeone said.

The museum is not only making history for Philadelphia. It's part of history, and some of those stories are coming to the big screen soon, in a movie starring Matt Damon and Christian Bale, called "Ford versus Farrari."

"We actually have four cars which were in that story when it happened in 1965-66. So those are getting a lot of attention, and we hope to exhibit them before the movie opens," he said.

The museum also focuses on education, with two STEAM — or science, technology, engineering, art and mathematics — programs for kids around the Philadelphia area.

"Inner-city high school kids in particular," he said, "to learn about motor sport and engineering, science tech, engineering and art. There nothing that exemplifies STEAM more than the car."