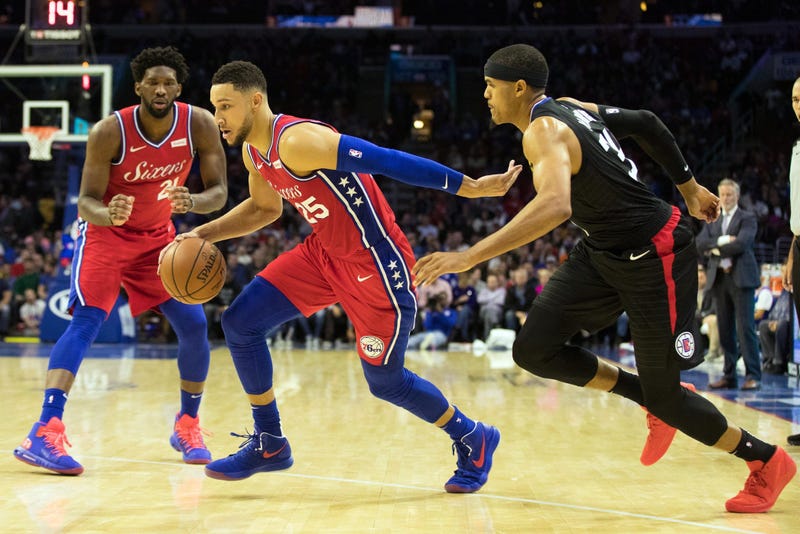 PHILADELPHIA (KYW Newsradio) — In the Allen Iverson era, the Philadelphia 76ers sold out the Wells Fargo Center regularly. It seems like the revamped team may have reached that peak again.   The Sixers are leading the National Basketball Association in attendance, according to ESPN.

An average of 20,414 fans attend each game — Wells Fargo only seats about 21,000 for a basketball game. The team is currently in the homestretch for the season with the fourth-best record in the Eastern Conference.

RELATED: Foles moving to Jaguars a dream scenario for Eagles

So could it be the two local kids' epic dance battle that broke the internet?

The free Frostys for missed free throws? Or maybe it's Kendall Jenner sitting courtside for her boo Ben Simmons?

In any event, the Sixers are hot right now. Joel Embiid and Ben Simmons — recognized as two of the best (and youngest) players in the league — may have brought the team the star power they need to sell out seats. The social media marketing and promotions don’t hurt attendance, but ultimately it seems the talent on the floor has more people showing up with high expectations.

Embiid and Simmons aren't the only big shots in town now.

Bryce Harper signed a hefty $330 million contract with the Phillies last week that heated up the Philly sports scene even more. Ticket sales skyrocketed after the announcement.

Harper's No. 3 Phillies jersey set a record as the top-selling jersey of all time for any player in any sport during the first 24 hours of launch, according to Fanatics.

Did you know @Bharper3407 @Phillies jersey is the #1 selling jersey of all-time in any sport for any player during the first 24 hours of a launch? https://t.co/UDksl7sidu

It looks like Philly fans may finally have the talent they deserve to match their passion and enthusiasm.