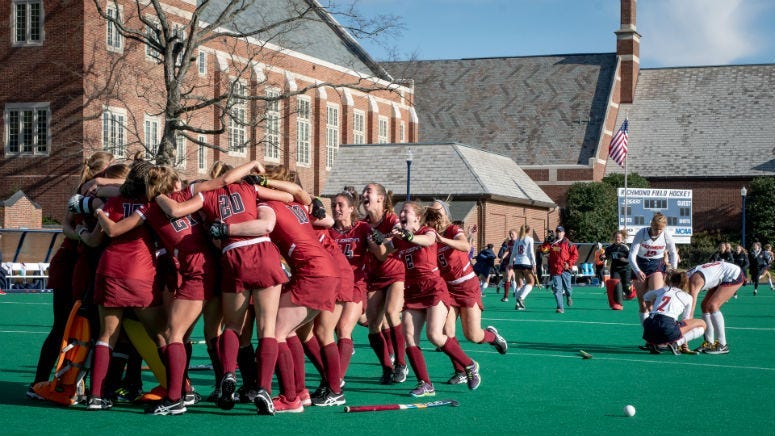 The Hawks, ranked 14th in the country, got into the field by winning the Atlantic 10 for a third straight season (beat Richmond 1-0 for the title) and they will open the tourney on Friday with a game against Maryland down in Charlottesville, Virginia.

The 17-3 Hawks have become an elite squad under head coach Lynn Farquhar, who says this year's success started in the spring.

"We lost a strong group last year, and these guys had to reconfigure and figure out kind of a new identity for our team in a sense," she told KYW Newsradio. "The seniors really started to step up, so at that point they were juniors. Then in August, it was great to see the beginning of their work, because we had another large group of freshmen come in. From the beginning, we knew we had potential. It was just a matter of how hard we're willing to work and what did we want to invest. So I'm proud of what we've done so far and hopefully we can keep it up."

One of the seniors on this team is midfielder Pepa Serrano. She has been an All Atlantic 10 pick in all four of her seasons on Hawk Hill and this year, she was named the A-10 Offensive Player of the Year.

"It is a special year for me and for all my class because of course, it's our last one," Serrano told KYW Newsradio. "Personally, I wanted to give my best on the field and off the field and I think it's really fun because we are succeeding and everything's working so far. We definitely don't want to be done yet."

Maryland is 16-3 and ranked third in the country. The Terrapins lost in the semifinals of the Big Ten Tournament to Penn State, 1-0. "A ton of experience," Farquhar said of this Maryland team. "A lot of players that play year-round at really high levels. So their individual skill sets are strong. Good speed, they are a good all around team."

While the Hawks are in the tourney for a third straight year, they are still looking for their first NCAA Tournament win. Last year, they fell to Michigan in the first round, despite a valiant effort, and 3-2 was the final.

Friday's game with Maryland gets underway at 2:30 p.m.