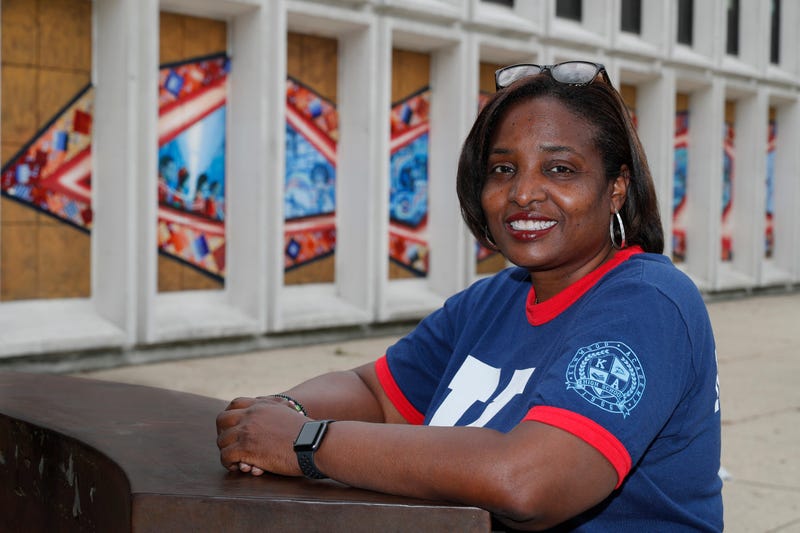 By Colleen Slevin, Associated Press
DENVER (AP) — School districts nationwide are working to remove police officers from campuses, but some Black and Indigenous educational leaders are resisting the push prompted by the national reckoning over racial injustice and police brutality.

Some say the system is hamstrung by a complicated mix of police response policies and a lack of support for alternative programs, which plays a role in students of color being disproportionately punished and arrested — the so-called school-to-prison pipeline. Some support individual officers skilled at working with students. Others say they need to learn more as activists urge change.

Cities from Portland, Oregon, to Denver to Madison, Wisconsin, have taken steps to remove police from schools following George Floyd's death at the hands of Minneapolis police. But some school leaders like Stacy Parrish, principal of Northeast Early College in Denver, said school resource officers are being unfairly blamed for students of color ending up in the criminal justice system.

Parrish, a member of the Klamath Tribes, said she supports the movement to combat overpolicing but believes it's irresponsible to eliminate school resource officers and replace them with counselors and social workers without changing the overall approach to discipline.

"Generalizations and romanticizations aren't getting us anywhere when our democracy needs our public schools more than ever," Parrish said.

The problem lies in the tangle of state laws and school policies that mandate when police respond — such as a student suspected of selling drugs — and a lack of money for alternative ways of helping troubled students, she said. School policy in Denver requires overworked counselors to take students to court if they repeatedly miss class, while drug treatment programs are underfunded but a better solution for students who bring drugs to school, Parrish said.

Kenwood Academy, a predominantly Black public school near the University of Chicago, has two officers who focus on protecting students from problems like shootings or domestic disputes between parents on campus, principal Karen Calloway said.

She said one officer stopped dismissal after learning of a nearby shooting last year, and many parents thanked her for the swift action.

"That, to me, was worth the money that we spend on school resource officers alone," Calloway said.

The officers, whom the local council voted this month to keep, can't discipline students, she said.