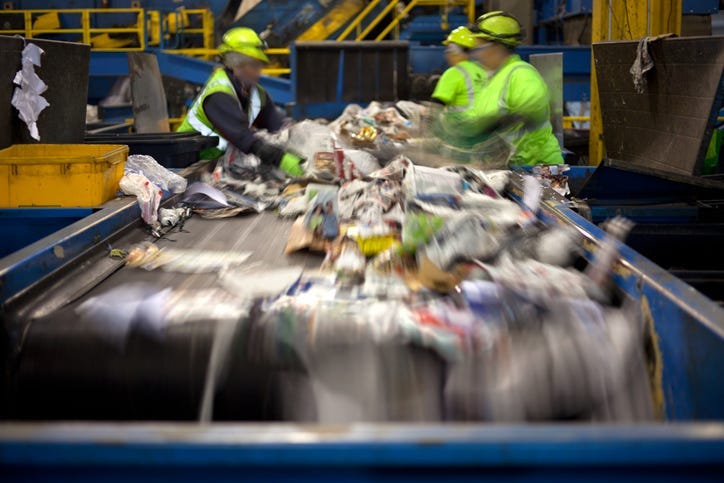 PHILADELPHIA (KYW Newsradio) — Philadelphia officials say the city's recycling stream is getting cleaner and they credit a public information campaign about how to recycle correctly. But they have a lot more to do.

"That sent the recycling market nationwide into a downspin, and it led us to make some very difficult decisions," Lewis said. Philadelphia's recycler wanted to quadruple what it was charging, so the city started sending half its recycling straight to an incinerator. But Lewis says the city is once again processing all its recycling and, anecdotally, finding it a lot cleaner.

The city has extensive instructions on its website, on social media, handouts, door hangers with catchy slogans like "take a minute before you bin it" and "when in doubt, leave it out."

But Lewis says they still have a big problem with people bagging recycling and putting plastic bags in bins. That's a big no-no.

Lewis says the contamination rate fluctuates between 14% and 24%, which is on the low end of the national average but still too high. The city is now studying contamination rates by collection route so it can do outreach at a neighborhood level.

The higher the contamination rate, the more the city pays so everyone has a stake in recycling right: items should be clean, dry and empty, with no food waste and no plastic bags.