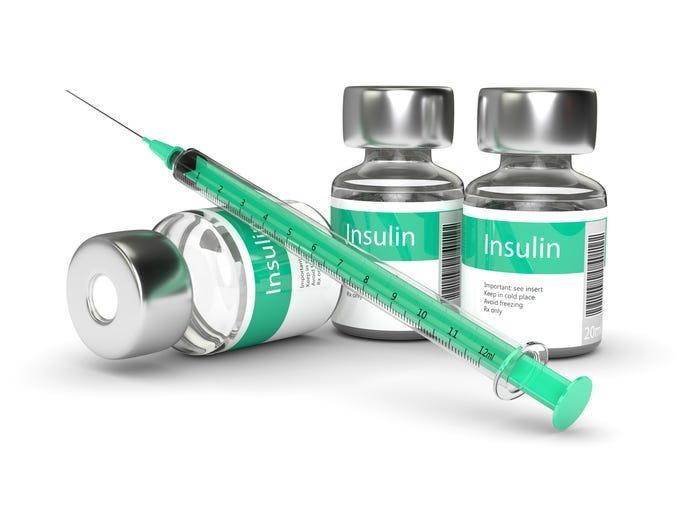 "My doctor and I had discussed the need to increase the prescription by one vial per month," she said.

But when she went to fill her new prescription at her Broomall CVS, it was denied. She was told "that it exceeded the amount of money for that month or something along those lines."

In a panic, she requested they fill her old prescription instead of the new prescription while she figured out what to do.

"I had to come up with this solution, even for this pharmacist. They did not suggest that to me. They were just like, 'Sorry. Insurance said no,'" Pennock said.

"Insulin is an extremely expensive medication. There are only three companies in the world that produce insulin and the costs of insulin have gone up about tenfold," he said.

He can prescribe medication for his patients, but they have to be able to afford it and have access to it in order to be able to take it.

"There's no reason that an insurance company should override the decision that my doctor made about what I need to stay alive, and that's what insulin is for a Type 1 diabetic," Pennock said.

Before the discovery of insulin, Rosenberg explained, Type 1 diabetes "was really a death sentence."

MedTrak, Pennock's insurance company, declined to comment on the record and eventually approved Pennock's new prescription, but not before receiving multiple calls from KYW Newsradio and her, with a representative suggesting that patients who are denied life-sustaining medications should immediately ask the pharmacist to call the insurance company for an override right away.

Pennock reached out to the pharmacy and was told her extra vial was waiting for her, but the pharmacy didn’t reach out to her; she had to call them.

While pharmacies used to call a patient's insurance company, they don't always do it now. If denied medication, ask the pharmacy to call the number on the back of the insurance card or call them yourself.

"It used to be that for one time purchases, you know, an insulin pump. I might have had to get an appeal. Now, it seems to be happening for everyday kinds of things," Pennock said.