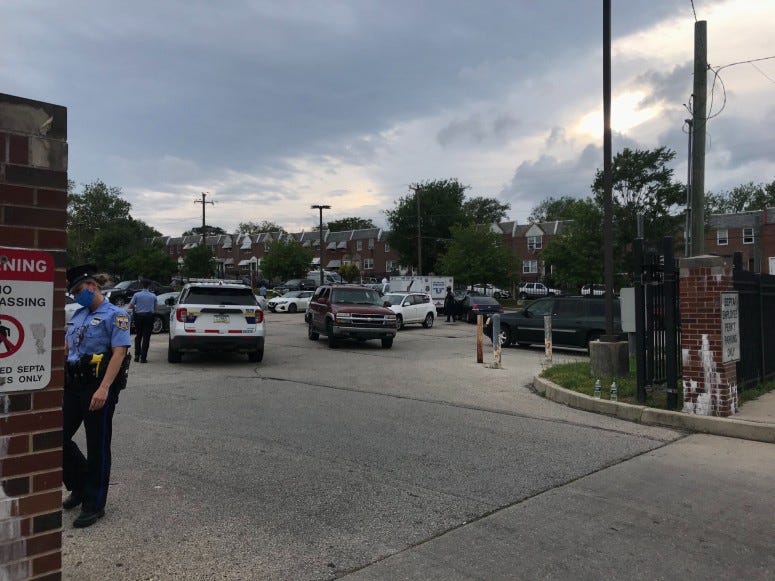 PHILADELPHIA (KYW Newsradio) — Authorities say a man was shot dead by police officers at Penn and Pratt streets across from the Frankford Transportation Center Friday around 5 p.m.

Staff Inspector Sekou Kinebrew said the man was wielding a knife and chasing after a SEPTA employee when officers intervened.

“The shirtless male was chasing him down the street. The SEPTA employee approaches the officers, flags them down and says, ‘listen that man is chasing me with a knife.’ The officers get out to intervene, and they too observe the male in possession of a knife,” Kinebrew said.

Kinebrew said officers repeatedly told the man to drop the knife, and he allegedly charged at them. An officer fired his gun, shooting the 35-year-old man in the stomach.

“One of the officers, a 28-year-old officer with seven years experience assigned to the 15th District, did discharge his firearm one time, striking the male in the abdomen or torso area,” he explained.

Law enforcement sources say the man who was shot is black. The officer who fired the shot is Asian, and his partner is black.

The man was taken to the hospital, where he was pronounced dead.